Nintendo has seemingly struck gold with its Switch console, which was first released in early 2017 across North America. While the console doesn't exactly feature high-end hardware -- it can't even match the hardware chops of the PlayStation 4 or Xbox Series S -- but its innovative controls and solid first-party games library have made it a popular choice with gamers.

Now, the NPD Group is reporting that the Switch's sales winning streak is still ongoing in the United States, as it has remained the best-selling console for 23 straight months. That's quite an achievement for Nintendo, and NPD says that this is the longest #1 streak for any game console in history. In keeping with that theme, NPD says that Nintendo sold nearly 736,000 Switch consoles (including the Switch Lite) during the month of October. This marked a 136 percent increase compared to the same month in 2019, and was second only to Nintendo's own Wii, which chalked up 807,000 units in October 2008.

At this point, Nintendo has sold over 22.5 million Switch consoles in the United States. Total global sales for this console have surpassed 68 million according to Nintendo's earnings release last week. 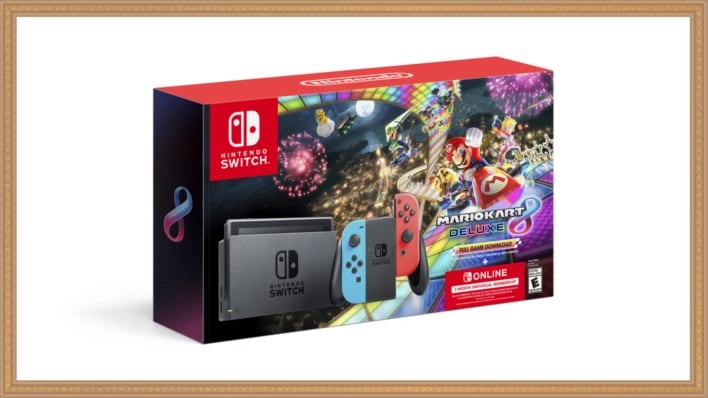 Nintendo has had some extremely good fortunes during 2020, which has contributed to its continued success. For starters, Americans have had plenty of free time on their hands due to the COVID-19 pandemic, which helped boost sales. And Nintendo in turn increased production to meet this increased demand. Nintendo can also thank its smash hit Animal Crossing: New Horizons for bringing renewed interest to the console.

“Nintendo Switch and Nintendo Switch Lite continue to provide one-of-a-kind gaming experiences on the TV or on the go, allowing holiday shoppers the choice of a video game system that matches their lifestyle,” said Nintendo of America President Doug Bowser. “Seeing encouraging sales growth like this in the fourth October of Nintendo Switch proves to us that the system has many more years and great games yet to come.”

Nintendo is hoping to keep the gravy train going during Black Friday when it will be selling a special version of the Switch with a digital copy of Mario Kart Deluxe 8 and three months of Nintendo Switch Online. Despite these bonuses, the console bundle will still be available at the regular price of $299.