Nintendo launched its Summer Game Sale a few days ago, and it runs through June 16 at 11:59 PM PT. While the sale is underway, gamers can get up to 50% off on select digital games for the Nintendo Switch console. The games run the gamut, from massive smash titles like Super Mario Party to smaller and lesser-known titles like Boxboy! + Boxgirl!. The deals are only available on mostly digital versions of the games. No physical copies are included in Nintendo's sale. 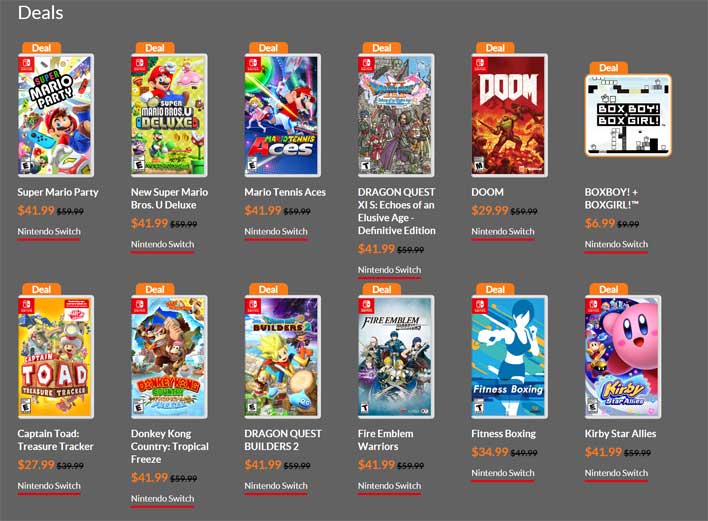 The list of games on sale right now is massive. You can find deals on both Nintendo's site or Amazon. A few of the more interesting games are:

Anyone with the memory card space and a Switch they play frequently will want to hop over and stock up on cool video games while the Summer Game Sale is underway, the full list of available titles is on the Summer Sale website but be sure to hit some of our Amazon links above as well, especially if you're a Prime member. While the Summer sale is going on, Nintendo is also running a publisher sale with Team17 games at up to 75% off. A huge number of Bandai Namco games are also on sale, with some marked down as much as $20.

Ubisoft games are also on sale through the 16th, with titles like Assassin's Creed III: Remastered for $15.99 and Just Dance 2020 for $19.99. Multiple Lego games from WB Games are on sale, including Lego Marvel Super Heroes 2 for $8.99. We mentioned a few days ago that the Resident Evil franchise was on sale, and the sale runs through June 16.