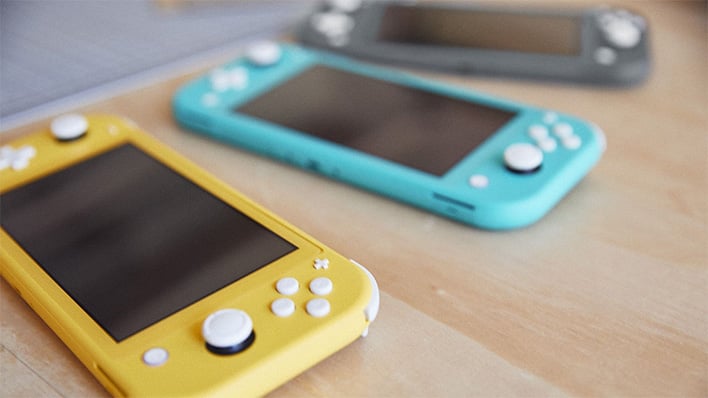 On hindsight, it seems incredibly shortsighted and silly to have ever questioned whether Nintendo's hybrid Switch console would be a hit, considering its comparatively under-powered specifications. We now know better. Lest anyone needs further proof, however, Nintendo just reported a gigantic uptick in operating profits in its latest earnings report, because of the Switch.
Nintendo's operating profit skyrocketed to 144.7 billion yen (around $1.37 billion in US currency) in the three-month period ended June 30, 2020. That represents a massive 427.7 percent increase over the same quarter from a year ago, when the operating profit stood at 'just' 27.43 billion yen (around $260.2 billion).
This also led to a big 108 percent year-over-year jump in net sales, driven in large part by the Switch and Switch Lite. Those two consoles combined saw sales grow nearly 167 percent to 5.68 million units in the quarter, which helped drive software sales, which rose 123 percent to 50.43 million units.
"During the first quarter of this period (April through June 2020), for Nintendo Switch, sales started out strong, with sales of Xenoblade Chronicles Definitive Edition, released in May, reaching 1.32 million units, and Clubhouse Games: 51 Worldwide Classics, released in June, selling 1.03 million units. Titles released in previous fiscal years have also continued to sell well, with Animal Crossing: New Horizons at the top of the list with sales of 10.63 million units (for cumulative sales of 22.40 million units)," Nintendo said.
Animal Crossing: New Horizons is selling like gangbusters, and it's easy to see why—it's a fun game, and a great way to pass the time while the Coronavirus pandemic lingers. It's also led to some interesting projects, like the Animal Crossing talk show that Star Wars writer Gary Whitta recently started.
To put these figures into perspective, Animal Crossing: New Horizons has now sold more copies than the mega hit Super Smash Bros. Ultimate, which released in 2018. Likewise, the Switch is hot on the heels of the original NES in hardware sales, and may have actually surpassed the NES since the earnings report only reflect sales through June 30. It seems only a matter of time before it leapfrogs the Wii, which sold 101.63 million units over its lifetime.