If you grew up in the 1980s, chances are that Super Mario Bros. has a special place in your heart. The game was a smash hit on the original Nintendo Entertainment System (NES) and is without a doubt one of the best video games of all time.

But just how much would you be willing to spend to get a pristine copy of the original game cartridge? Sure many of us still have our old NES consoles complete with copies of Super Mario Bros., Duck Hunt and Excitebike; but those cartridges are probably old and worn, and have been blown on countless times to get them to work. So how does $114,000 sound to you for a brand new, mint and sealed copy of Super Mario Bros.? 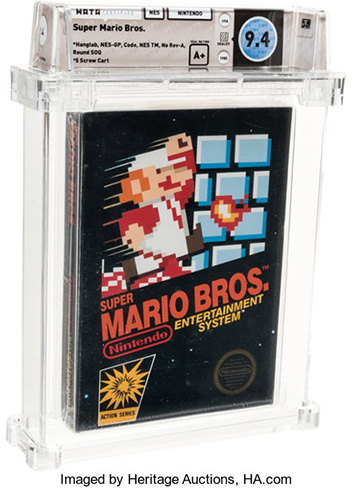 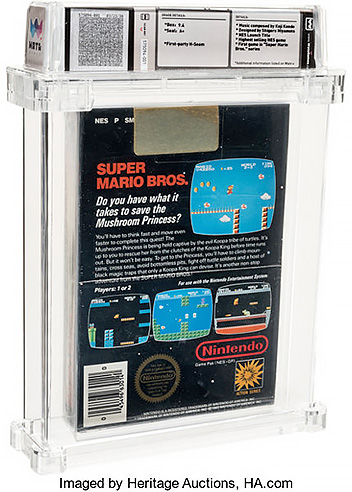 For one lucky bidder, it was a price well worth paying. Heritage Auctions is credited with conducting the auction, and this marks the highest price ever recorded for a video game purchase. What’s remarkable is that the $114,000 tally far surpasses the $100,000 record for a copy of the same game in similar condition in 2019.

This particular copy’s condition was rated as a 9.4 on a 10-point scale, but that isn’t the only thing that contributed to its top-dollar closing bid; we have to mention the cardboard hangtab:

What’s the deal with cardboard hangtabs? one may, understandably, wonder. Cardboard hangtabs were originally used on the US test market copies of black box games, back before plastic was used to seal each game...

In short, a cardboard hangtab copy of any early Nintendo Entertainment System game brings a certain air of “vintage” unrivaled by its successors.

Would I ever pay $114,000 for a single game cartridge, no matter how rare it is? Heck no! But it seems as though there is an elite clan of game collectors that is willing to keep these gems circulating around at higher and higher prices bordering on absurdity.