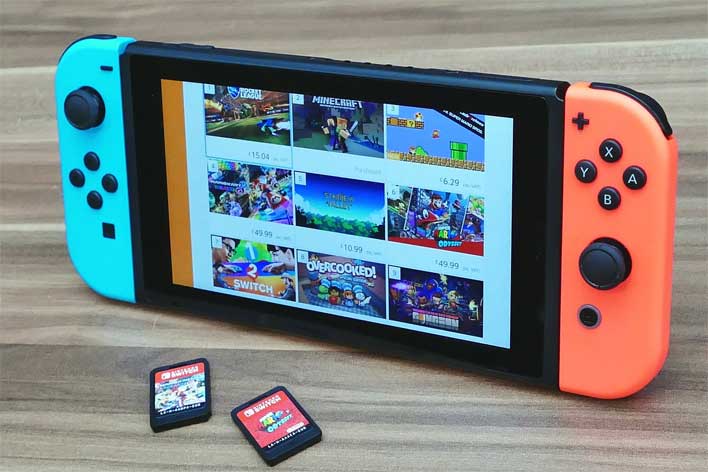 Anyone who's ever paid attention to Nintendo and its prolific legal team knows that when it comes to trademark infringements or other violations of its intellectual property, the company pulls no punches. The latest company to come under fire by Nintendo's legal team is called Logistics Consulting LLC, which is based in Connecticut. Earlier this month, the New York arm of the Nintendo legal team issued a cease-and-desist letter to the company, which installed modchips in the Switch console at a cost of $60.

A modchip allows Switch owners to do things such as play pirated games and export game saves to memory cards. Nintendo's legal team alleges that Logistics Consulting is violating the anti-circumvention and anti-trafficking clauses of the Digital Millennium Copyright Act (DMCA) by offering its installation services to Switch owners.

According to Nintendo of America lawyer named Allison Stein, the service offered by Logistics Consulting "literally" breaks open a customer's Switch and solders the SX Core and SX Lite into the console. The legal team says that by offering the public installation service, the company is circumventing Nintendo's security measures, and went on to add that "Nintendo will not tolerate such baldly unlawful conduct."

He also admitted that he understood the chips he was adding to the Switch consoles for customers could be used to pirate games. He believes the primary purpose is to export save games to an external memory card, preventing Switch owners from having to subscribe to Nintendo cloud services. We rather doubt that excuse will keep Nintendo lawyers from winning this case, as they typically do.