When people build a PC, they typically find themselves at either Amazon or Newegg while looking for parts online. However, Newegg is now offering professional PC assembly through its PC Builder site to save users time and trouble.

Newegg believes that there is an untapped market of customers who would rather have a PC professionally assembled over building it themselves. As such, the tech e-tailer has announced a new build-to-order business that utilizes its in-house computer assembly service ENIAC to “deliver fully assembled computers significantly faster than other competitive BTO offerings,” at just $99. To this end, Vishal Mane, Director of Engineering at Newegg, explained that “Not everyone who designs their own computer wants to build it themselves. For some it’s a matter of convenience.” 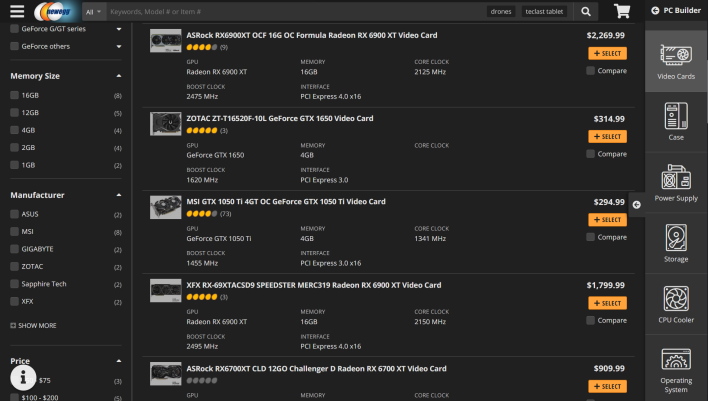 While this is only a beta test of the BTO program, it should provide some useful insights into how the full program will work when released with new features and options like laser engraving. Furthermore, a trial period will hopefully act as a buffer of time until the current chip shortage is resolved, which seems to be affecting Newegg heavily. For example, if you use the PC Builder with assembly service, you can only select components shipped from the Newegg California warehouse. Evidently, Newegg only has 15 types of CPU, and 24 GPUs on hand, with many of the latter being overpriced or not useful in today’s age.

Despite these issues, this is a nice program to have as you can pick parts and have them built and delivered, which will save quite a bit of time. Moreover, less tech-savvy people will not have to worry about messing anything up or accidentally breaking something, which can be another time sink. Hopefully, the PC Builder assembly service will become more useful in due time, but let us know what you think of it in the comments below.