They shoot, they score! NASA successfully landed the Perseverance rover in the Jezero crater on Mars at 3:56 pm EST. The rover has made it in one piece and can now begin its mission.

The Perseverance rover was initially launched on July 30th, 2020, at 7:50 a.m. from Launch Complex 41 at Cape Canaveral, Florida. The spacecraft entered the Martian atmosphere at approximately 3:48pm today and began its “seven minutes of terror." The landing process is referred to as the “seven minutes of terror” due to the myriad of issues that can occur and because the mission operation center has no control of the vehicle during this time. 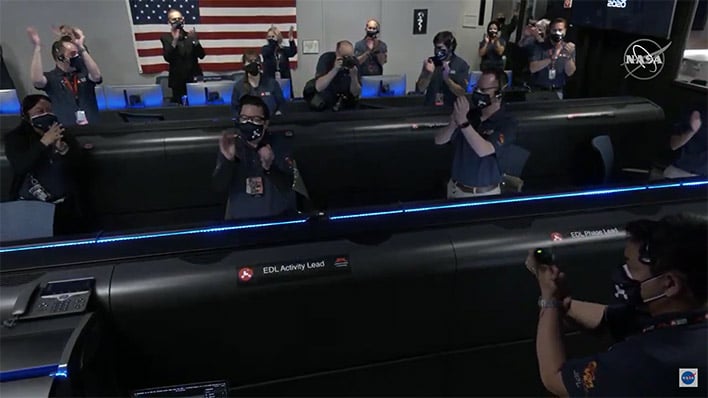 Perseverance emerged from the blackout period victorious. The NASA team exploded into cheers and tears once they received word that the landing had been successful. They then received several photos from Perseverance. The first photograph was from the engineering or “hazard” cameras which are primarily intended to be used for driving on Mars. A second photograph quickly followed the first. A NASA representative noted that the photographs were “dusty” because of the landing.

The primary purpose of the mission is search for evidence of ancient microbial life on Mars. Perseverance’s landing site, the Jezero crater, is believed to have once been home to an ancient river delta. The rover will also collect information about weather, climate, and dust and includes several instruments that could make human exploration and colonization more likely. One of these instruments is the Mars Oxygen In-Situ Resource Utilization Experiment (MOXIE). Its aim is to produce oxygen from carbon dioxide in the Martian atmosphere. This oxygen could potentially be used for rocket propellant or for breathing. 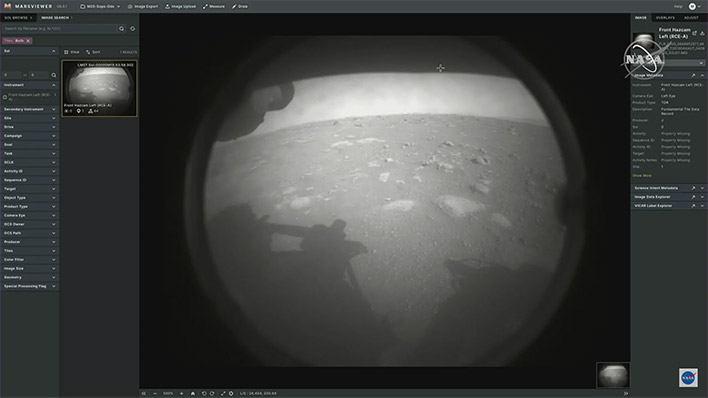 The Perseverance rover is also accompanied by the Ingenuity helicopter drone. This helicopter drone is intended to discover various potential points of interest on Mars and help the rover find less precarious driving routes. This will be humankind's first powered flight on another plant if Ingenuity is able to successfully leave the ground. Perseverance will drill intact rock cores as well. These will be placed in test tubes that are intended to return to Earth for study. NASA is currently working with the European Space Agency (ESA) to bring these samples back to Earth early in the 2030s.

NASA’s Acting Administrator Steve Jurczyk is excited about the potential of this mission. He noted in an interview after the landing that this current mission will enable NASA to land even larger and more ambitious robots. It will also contribute to future human exploration.