There are a number of underground online marketplaces where stolen user data is illegally bought and sold by cybercriminals. Government authorities recently seized and shutdown RaidForums, one of the most notable hubs for such illicit transactions. Meanwhile, there is an entire aboveground industry that specializes in buying and selling user data, and government contractors are happy to use this data to offer mass surveillance services to intelligence agencies. One of these government contractors is a firm called Anomaly Six (A6), but not much has been known about the firm up to this point. The A6 website presents a single webpage containing simply a logo, an email address, and a location of operation: Alexandria, VA.

However, The Intercept was able to obtain a recording of a presentation given by A6, that details the company’s alarming capabilities. The presentation was part of a pitch to Zignal Labs, a social media monitoring company that assisted with the Department of Defense’s (DoD) artificial intelligence initiative known as Project Maven. The presentation claimed that A6 can track the location of roughly 3 billion devices in real-time and proposed that Zignal make use of this capability to enhance its own intelligence abilities. For example, Zignal has access to Twitter’s special “firehose” feed that displays every single tweet posted, live, as its happening. 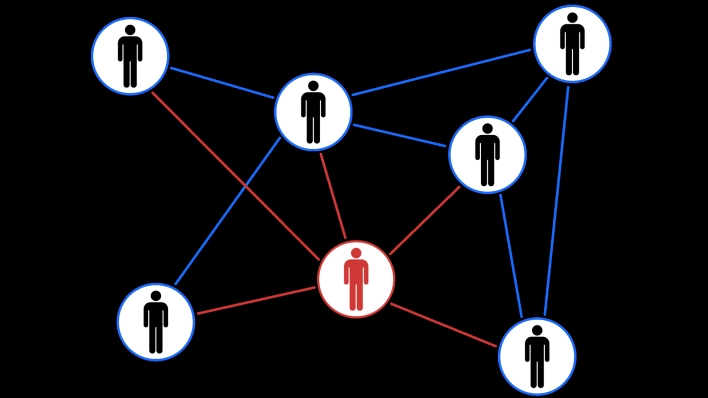 The presentation revealed that A6 not only collects location data using GPS pings, but also that A6 has a database of additional personal information, including 2 billion email addresses, that it uses to identify the owners of the devices it tracks. This data was purchased from thousands of phone apps that collect user information upon sign up. The presenter highlighted that this data collection relies on ignorance on the part of smartphone users. “Everything is agreed to and sent by the user, even though they probably don’t read the 60 pages in the [end user license agreement].”

The presentation proposed that, using information provided by A6, Zignal’s global social media surveillance could be enhanced to determine the identity and location of every Twitter user, in order to track where users are and who they are with when they tweet. The A6 pitch also outlined a future where Zignal could help government agencies monitor foreign troop movements.
The presentation included multiple demonstrations of a satellite map view of the world, with dots representing devices tracked by A6. The company representative demonstrated the potency of its surveillance capabilities by showing 183 dots split between NSA and CIA headquarters. The presentation then followed the movement of one of these dots over the course of the past year.

The presentation eventually showed the individual traveling to an air base north of Zarqa, Jordan, where the US is reported to house a drone fleet. The sales rep also demonstrated a “Regularity” feature that analyzes frequently visited locations to determine where a target lives and works. “If I’m a foreign intel officer, I don’t have access to things like the agency or the fort, I can find where those people live, I can find where they travel, I can see when they leave the country,” the sales rep noted.

When asked, Zignal confirmed that A6 demonstrated its capabilities in a presentation and pitched a collaboration, but denied any relationship between the two companies. Meanwhile, Brendan Huff, co-founder of Anomaly, made the following statement in an email to The Intercept: “Anomaly Six is a veteran-owned small business that cares about American interests, natural security, and understands the law.”