Retailer sites have been chomping (technically, champing) at the bit to offload MSI's latest generation laptops to customers, with listings going up early sporting what had been (at the time) unreleased hardware. That all changes today, though. Intel and NVIDIA announced new CPUs and GPUs, respectively, and MSI followed suit with a bevy of new and upgraded laptops based on the new hardware.
Some of the sleeker models include the Stealth GS77 and GS66 laptop configurations. As shown above, the GS77 now comes with a new "core block" color, and also an alloy hinge that MSI is says is more durable than before.
"At less than 21mm for Z height, MSI managed to enlarge the touchpad and keycap size for a precise and comfortable typing experience. It is also equipped with six speakers for crisp treble and powerful bass. Business gamers will benefit from the webcam lock switch and support for up to100W PD charging for better security and mobility," MSI says.
The G66 is the 15.6-inch version while the G77 is the larger 17.3-inch variant. Both come with a range of configuration options, culminating in a Core i9-12900H processor paired with a GeForce RTX 3080 Ti discrete graphics chip. That combination costs anywhere from $3,099 to $4,199, depending on the other hardware.
Of course, there are less expensive models starting at $1,799, which still gets you a relatively beefy collection of hardware and features. Namely, a 17.3-inch display with a 360Hz refresh rate, Core i7-12650H CPU, GeForce RTX 3060 GPU, 16GB of RAM, and a 1TB HDD. 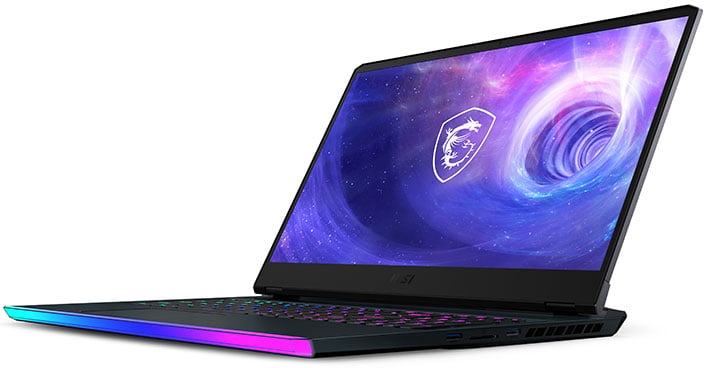 MSI also updated its Raider line with upgraded GE76 and GE66 models. Outside of being one of the coolest named laptops (only partially biased, because I'm forever a Rowland Raider after attending John A. Rowland High School a million years ago), these are powerhouse systems with a phase change liquid metal pad helping to battle thermals (and increase performance by an extra 10%, MSI says).
These are offered in both 15.6-inch (GE66) and GE76 (17.3-inch) form factors, with prices starting at $1,599 for a config with a Core i7-12700H, GeForce RTX 3060, 16GB of RAM, and 1TB SSD. From there the configs get more powerful, with the option to pair a Core i9-12900HK with a GeForce RTX 3080 Ti.
The Raider laptops bring some fancy LED lighting to the scene, too. In addition to an RGB backlit keyboard, there's also a front LED bar for some added pop (or an "alluring sci-fi ambience," as MSI describes it). Good stuff. 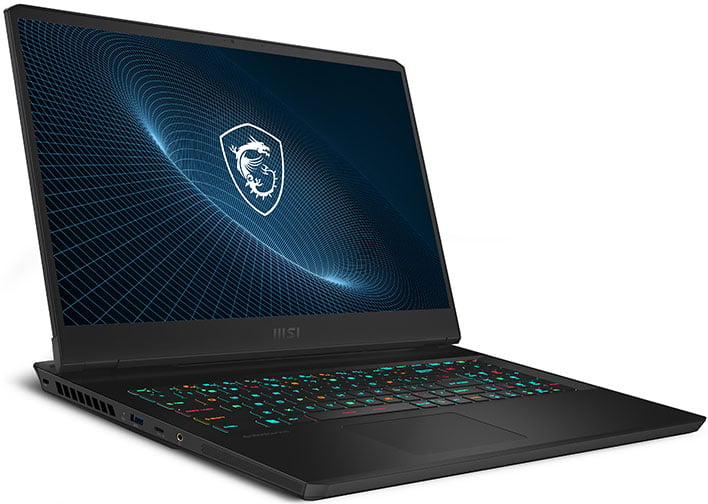 The MSI Vector is another slick looking laptop, available in GP76 and GP66 trims. How does this one fit into the mix? Let's allow MSI to explain.
"The Vector GP Series was born with a new concept; the name 'Vector' represents MSI’s expectation for the GP series to have all the power needed to move forward with a satisfying experience in gaming, engineering, or scientific computing. With Cooler Boost 5 Technology, the Vector’s performance can reach up to 210W via MSI OverBoost," MSI says.
Nearly all of the configs sport a 1080p display with a 360Hz refresh rate, save for one SKU that rocks a QHD screen with a 240Hz refresh rate. There are three processor options: Core i7-12700H, Core i9-12900H, and Core i9-12900HK. That "K" means it has an unlocked multiplier and supports overclocking, if that's something you want to do in a laptop. 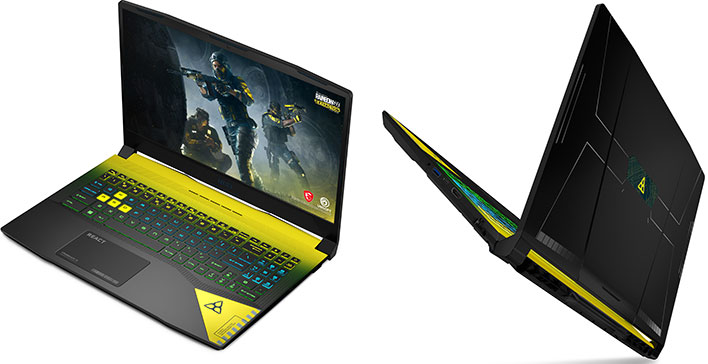 Fans of the Rainbow Six franchise will be happy to know that the leaks outlining a special edition Crosshair 15 Rainbow Six Extraction laptop were real. This one represents a collaboration between MSI and Ubisoft, with a themed color scheme that looks nifty (provided you're a fan of the color yellow). But it's not just about looks.
On the inside, this one packs a Core i7-12700H processor, GeForce RTX 3070 GPU, 16GB of RAM, and a 1TB SSD. These combine to drive a 15.6-inch display with a QHD resolution, 165Hz refresh rate, and 2.5ms response time. MSI also says the display offers 100 percent coverage of the DCI-P3 color space, so it should be suitable for some graphics work too. 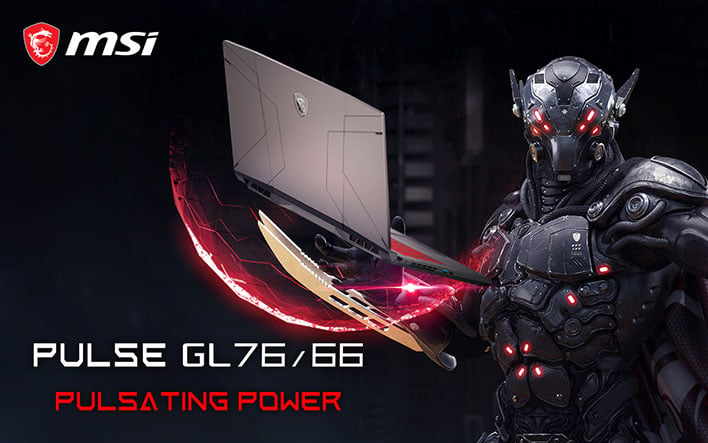 Finally, MSI updated its Pulse lineup, which like before, sport a titanium gray metal armor and contour lines for a sort of futuristic aesthetic. Or if you still work outside from home, to flex your dominance in the boardroom while everyone else brings their boring productivity laptops.
Not that you can't be productive on the Pulse GL76 and GL66. When you're not gaming, that is—these laptops are also infused with Alder Lake and Ampere, but take aim a more budget friendly tier. Prices range from $1,299 to $1,999 with several price points in between, and sport a Core i7-12700H with either a GeForce RTX 3060 or GeForce RTX 3050 Ti.

There are actual more laptop models on tap from MSI, including the Katana and Creator Z17, Z16P, and Z16. You can check out MSI's announcement page for detailed spec sheets on all of them.