Lenovo has big aspirations of competing in the premium smartphone space with its recently introduced Moto Edge+, a high-end handset from top to bottom with a price to match ($1,000). But is ready for prime time? We did not experience any major issues with the Moto Edge+ during our hands-on time with the phone, but it appears there is a display issue affecting some customers.
It is not clear how widespread the problem might be—it could be limited to a specific batch of shipments or a wider issue with production and sourcing—but those affected are complaining of various display abnormalities, such as purple spots. Oddly enough, the spots appear after having the phone turned on for a bit, according to the complaints.
"My very new Edge+ has just started having these purple spots creep onto the screen if it's on for a long period of time like if I'm watching a video or playing a game. The attached pictures are at different brightness levels. They eventually go away after the screen is off for a bit, but then they come back once it's been on for a while," a user wrote Lenovo's support forum.
Here is the picture the user references... 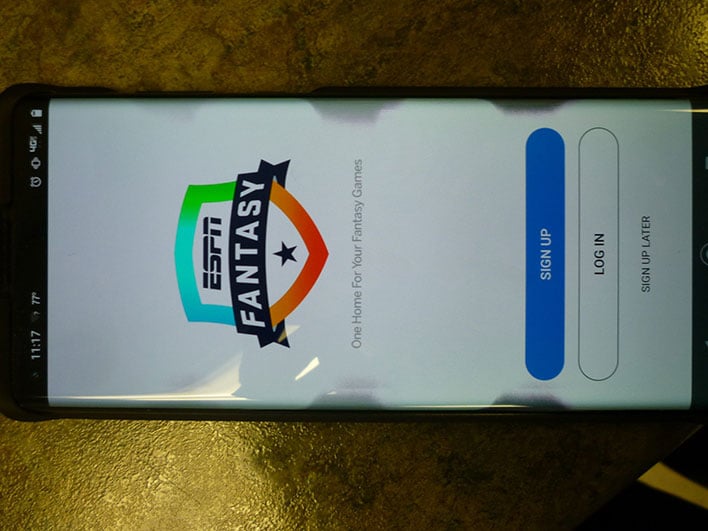 Other users chimed in with similar complaints.
"I have the EXACT problem. The shakes and slots are multiplying and growing. They are certainly not going to go away on their own," another user wrote.
Seeing purple spots after watching videos or playing games is not the only troubling phenomenon. Other pictures uploaded to Lenovo's support forum show abnormal green tint and other display issues. It is not clear why this is happening, though one users surmises the retaining screws are too tight on some Edge+ handsets.
Fortunately, Lenovo is aware of the problem. Forum admin Matt has been communicating with Edge+ owners in the ongoing thread, and initially urged owners to "hang tight." Then more recently, Matt pointed to a software update that is intended to fix the problem.
It appears to have worked for some Edge+ owners, and not for others.
"If yours did not clear up, we now recommend exchanging it. Apparently some displays could be beyond the point of recovery via software. However, the new software should protect a new display from developing this 'smudging'. At every step of the way I have shared with you the best information that I have. Things are moving fast on this so again, I'm sorry if things aren't clear," Matt said.
Anyone who owns an Edge+ handset should check for an over-the-air update and apply it, if available.