We're halfway into 2022 and security researchers have started to publish data on emerging trends in cyber-security. The emerging trend that seems to be catching researchers attention today happens to be related to the largest, widest, and most diverse distribution of computing devices on the planet, mobile phones.

There's an interesting metric that has been reported by SecureList, the security research and data gathering firm under Kaspersky. According to SecureList, so far in the year 2022, malware on mobile devices has been on a download trend, despite many instances of malware being reported on the regular, even by us. Trojans specifically, however, are on an upward trend. 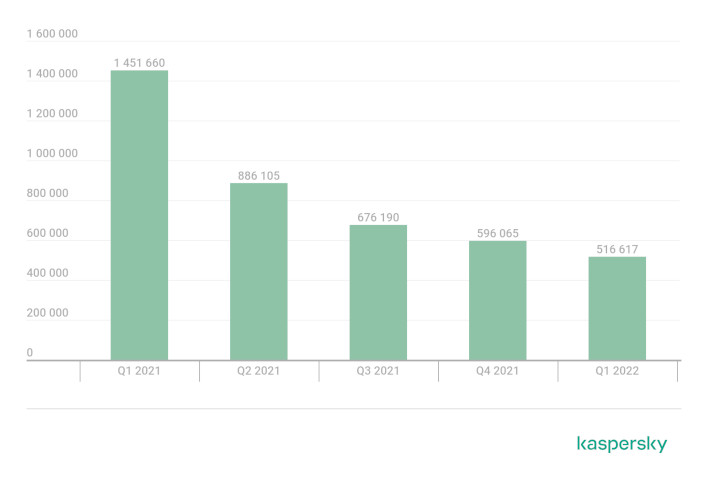 
What is the difference between malware and a trojan? A trojan is simply a type of malware. Trojans typically hide in the background and do things like steal data, allow remote control or provide system level code access. This may sound harmful, and for the safety of your personal information it is, but for the device itself, it may not be. Malware is the overarching terms  for all malicious software. These often self replicate, like a virus, and in many cases will do things like cause trojans to infect your computer, destroy or delete files, and they are often less detectable than a trojan. Many will utilize the terms malware and virus interchangeably but they are different things.

The most commonly used method of getting these trojans installed have been faux banking or anti-virus apps with malicious payloads. We've seen a significant rise in these strories and we try to report on them whenever we see them happen. This report even mentions some of the very ones we've reported on in the past. Those apps all look to be designed with the intent to steal a users' banking data. The total report from SecureList is available here with tons of informative detail.