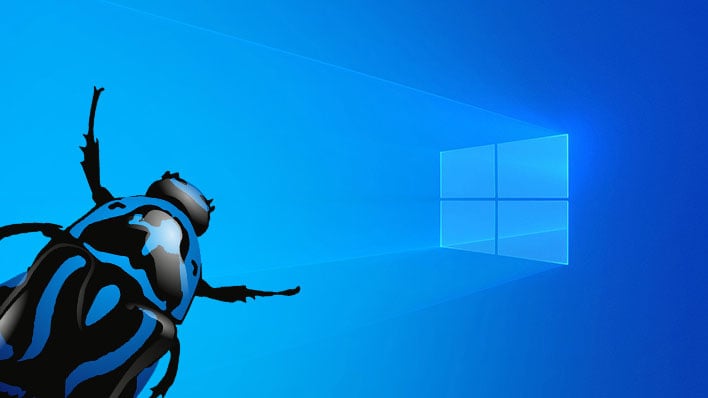 Multiple report have surfaced complaining about one of the patches included this month's Patch Tuesday cumulative update package that Microsoft began pushing out to Windows users on February 11. The problematic update, KB4532693, is for Windows 10 and is intended to fix a few different issues, including one that occurs when migrating cloud printers during an upgrade. However, it is apparently introducing some bugs of its own.
Some users who installed the update say the user profile goes missing. There have also been complaints of custom icons and settings getting wiped with the desktop and Start Menu being reset to default, and desktop files going missing. It's not yet clear how widespread the issue might be, and as of this writing, Microsoft does not list any known issues associated with KB4532693.

Multiple reports that the Feb Cumulative Update for Win10 (1903? 1909?) resets the desktop -- custom icons missing, background set to Windows logo -- and would not recognize the established logon account. Are you seeing the same? https://t.co/uZTcRqeEMN

Be that as it may, it comes as little consolation to users who are affected by whatever bug the update is introducing.
"Just installed the latest Feb 2020 Windows 10 updates. Upon completion it appears to have reset the display to default windows system. That is, all custom icons missing, background returned to windows logo, would not recognize my logon, set a temp logon," a user wrote on Microsoft's support forums.
What appears to be happening is on some Windows 10 PCs, the update is loading a temporary file during the update process, but failing to revert back to the user's profile when finished. The update is essentially tripping over itself, causing headaches for affected users. Fortunately, this does not result in any data actually being deleted, as happened with the train wreck that was the initial roll out of the October 2018 Update.

There is a fix that involves mucking around in the Registry, though users should be expected to do that—you can break things by altering Registry settings. Some users report success having their settings restored by restarting Windows 10 several times. We suggest giving that a try if you are affected by this. Otherwise, you can uninstall the KB4532693 until Microsoft gets a handle on things.