Earlier this week, we reported on a rising trend of cybersecurity incidents worldwide, leading to the end of many businesses. Now, Microsoft is reporting that firmware attacks are also on the rise. Thus, Microsoft is working to help quell the problem in the future with new comprehensive investments into security.

As Microsoft explains, “cybersecurity threats are always evolving,” in response to cybersecurity professionals evolving, which proves to be a vicious cycle. However, it appears that firmware attacks are “outpacing investments targeted at stopping them.” This is partly due to misdirected investments and is “exacerbated by a lack of awareness and a lack of automation.” 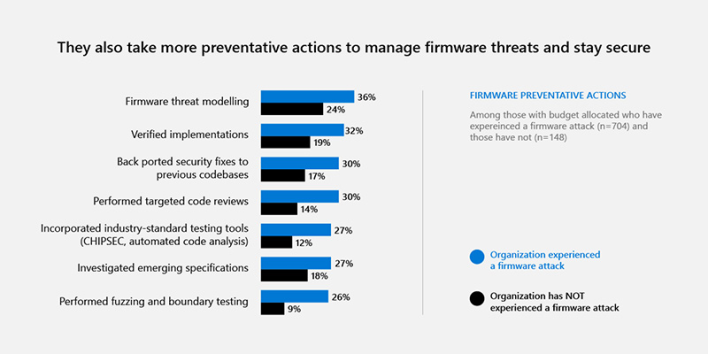 To prevent these firmware attacks, a large number of companies are willing to invest, and Microsoft plans to be heavily involved as well. The initiative includes creating a new class of devices called “secured-core PCs,” which are “specifically designed to eliminate threats aimed at firmware.” This technology has also been extended to server and IoT devices, which should make entire environments safer.

Hopefully, with these new developments and investments, we will see the tables turn with ramped-up security outpacing the firmware threats. Moreover, companies who implement these new, more secure devices and invest in security will help themselves become more secure.