It has been a year since PowerToys, a 90s era Windows 95 (and later, Windows XP) utility, made a triumphant return to Windows 10. While not yet a fully polished release, Microsoft continues to tweak the utility on GitHub, the open source hosting platform it purchased for $7.5 billion in 2018, and has released a new version with a couple of neat upgrades attached.
The latest release is version 0.18.0. Microsoft said its goal with this new build was to deliver three things: PowerToys Run, Keyboard Manager, and migrating to the new settings system. Microsoft also says this is the first release where it is testing out an auto-updating system, and it will be interesting to see how that works out.
There's really two main notable bits to this release. The first is PowerToys Run, which is a new application launcher. You can activate it by pressing Alt + Spacebar. It's similar to hitting Windows Key + R, as it brings up a text-based launcher. So why use it? The neatest thing about PowerToys Run is that it searches as you type. 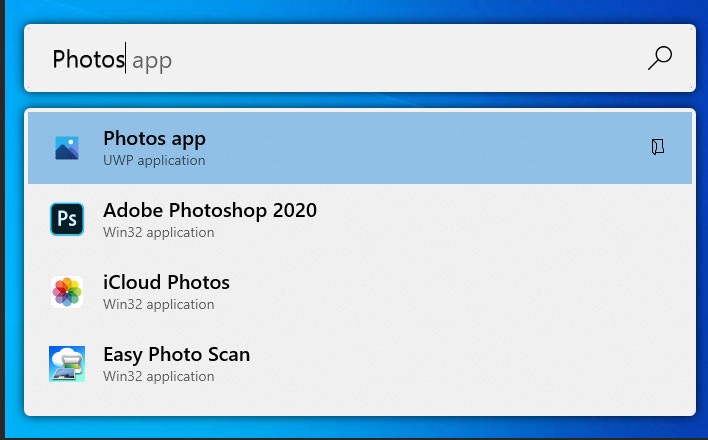 For example, when I start to type "photos," it brings up some available options that I have installed on my PC, as you can see in the image above. They include the Photos app, Adobe Photoshop 2020, iCloud Photos, and Easy Photo Scan (a printer utility). It's pretty neat.
PowerToys Run can also search for documents, and according to Microsoft, it should be faster than the Start menu or Windows Key + S for showing search results and launching applications (It was snappy in my quick testing).
The other neat addition is the Keyboard Manager. This makes it quick and easy to remap keys, should you want to do that, without hopping whatever custom utility your keyboard vendor might have available. This also lets you reconfigure shortcuts. The example Microsoft provides is that if you want to CTRL + C to paste instead of copy, you can do that.
It's an oddball example, but of course you can remap other shortcuts, not just copying and pasting.
PowerToys is still a little rough around the edges, but if you want to give it a whirl, you can download PowerToys v0.18.0 from GitHub.