Microsoft's HoloLens 3 future appears to be uncertain, as reports indicate a lack of direction when it comes to the future of the mixed-reality headset. At least one source believes plans for the headset have been scrapped altogether.

Virtual and augmented reality (VR/AR) headsets have taken the stage front and center as a means of partaking in the metaverse. Bill Gates has even said that he believes the metaverse will become the norm for virtual office meetings in 2-3 years. Apple is allegedly working on an 8K AR headset with Wi-Fi 6E, in order to try and compete with the likes of Meta, parent company of Facebook, and its Meta Quest VR headset. But it appears that Microsoft's plans for its HoloLens mixed-reality headset are somewhat mixed.

Those within the company that spoke with Business Insider said that different factions within the team are at odds on which area to focus on. Some believe it should focus on the hardware, while others believe it is better to focus on the software. The former Apple executive the company hired to lead device engineering for the HoloLens, Ruben Caballero, reportedly wants to focus on consumers and the push into the metaverse. And then there are those that believe Microsoft should fully focus on fulfilling its military contracts with the mixed-reality headset. The division that exists may be the cause of Microsoft losing 25 of its mixed-reality employees to Meta in 2021, including some who had been with the company for over 20 years. 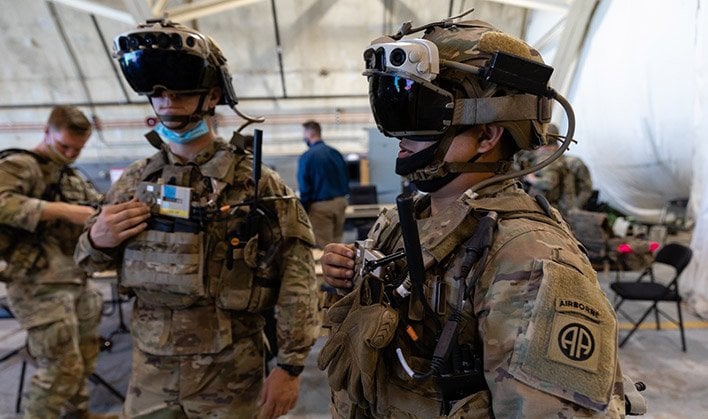 However, Microsoft spokesperson Frank Shaw has denied that the HoloLens is dead in the water. He called it a "critical part of (the company's) plans for emerging categories like mixed reality and the metaverse." He added, "We remain committed to HoloLens and future HoloLens development."

Microsoft also has a partnership with Samsung, which it seems to be yet another point of contention within the company. While Microsoft has been hesitant about giving up its HoloLens technology, Samsung has said it is in a better position to mass produce the headset with Microsoft as the software maker. One employee described the partnership as a "s--t show."

While it is not clear as to what Microsoft intends to do with HoloLens in the future, it would seem the tech giant is set on taking on the metaverse. It recently announced it would be acquiring Activision Blizzard for $68.7 billion, and stated that it will provide the building blocks for the metaverse. Microsoft CEO, Satya Nadella, stated, "Gaming is the most dynamic and exciting category in entertainment across all platforms today and will play a key role in the development of metaverse platforms." We will just have to wait and see if the HoloLens joins in on the fun.