Windows Updates are a great idea, most of the time. Other times they're an annoyance, like when they download and install in the background while you're trying to play a system-intensive game. Or, they are just outright broken for some people.

The latter of those seems to be the case for some Windows 11 users. Officially the stance from Microsoft on how to keep your device more secure is to make sure you keep it up to date. However, for update KB5012643, Redmond's software giant is telling users that if there are problems, just roll it back.

Some users pointed out that their Windows would blue screen, fail to boot, or applications that rely on .Net 3.5 would just outright crash both during and after the update. Luckily for most, including Microsoft itself, this update is labeled as a Cumulative Preview for Windows 11 21H2. The Preview label makes this update optional and also means that this particular version is still testing, but the test is now available to the public if they want it. 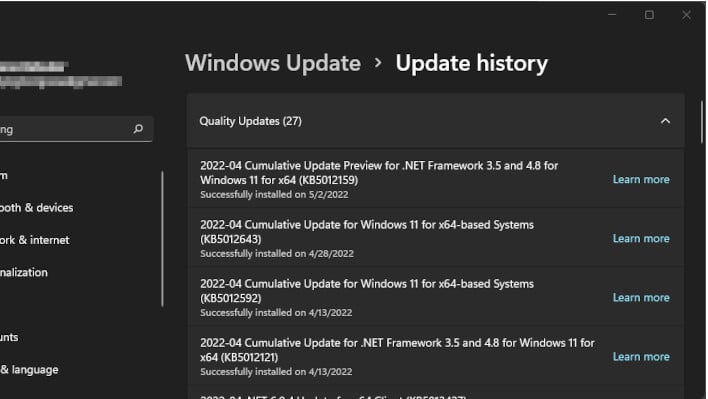 The biggest issue in here is the collection of .Net 3.5 problems. While the first iteration of .Net 4 was in 2010 many applications and even some games rely on the .Net 3.5 framework and libraries. Even .Net 5 and .Net 6 have been released in 2020 and 2021 respectively. There is enough utilization of the 4.5 framework that Microsoft still regularly releases updates to it. You may notice them in Windows updates pretty regularly.

The unfortunate bit about this patch being so problematic is that, like most updates, there are a pretty good number of improvements included. Funny enough, some of those updates include crashes and apps failing to work. Though thanks to it being a Preview, hopefully, Microsoft can get these issues ironed out before the next Patch Tuesday. 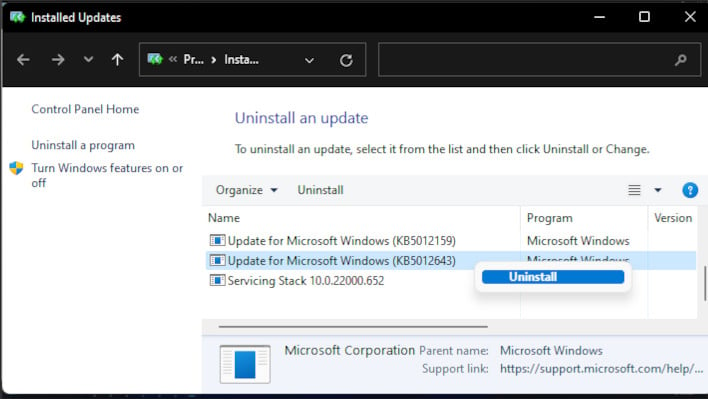 So what if you've already installed the preview and are experiencing problems? Well, Microsoft's advice, for now, is to just roll back the update. This is pretty simple to do. Go to your Settings, click on Windows Update, click on View Update History, and then click on Uninstall Updates, then find the update with KB5012643 and choose to uninstall it. If there are crash problems during the boot of Windows those users might need to attempt to boot into safe mode through whatever means possible for their device.