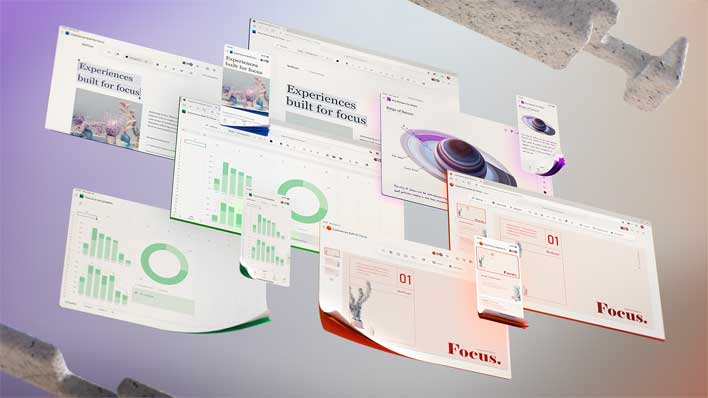 One thing that everyone has struggled with who has had to work from home are new types of distractions; whether they're from children who are also at home, pets, or masses of notifications from various apps and software. Microsoft is aiming to reduce stress and anxiety created by distractions and is looking at how it can throw fewer tasks at the user or reduce the number of notifications. Part of that goal is to determine how to remove extraneous visuals from the Microsoft interface people use, so the content becomes the focus rather than the UI.

Microsoft says that its multi-year design journey aims to create a more focused and immersive experience to help workers focus on their content. Features like the single-line ribbon, Dark Mode, and the Fluent design language are part of the effort to help people focus on work and their content. Additional Microsoft 365 user interface changes are coming and will include fading brand colors from app headers and an exploration of adaptive commanding. One change mentioned is a new flexible ribbon that will progressively provide users with contextually relevant commands, at the right time, when they are needed.

Improvements will be made to the cross-suite Search function to make it easier for users to find relevant information across the Office 365 suite. Microsoft also notes that it will leverage Fluid Frameworks, which is what Microsoft sees as the future of collaboration in Microsoft 365 and first talked about late in 2019. Microsoft is aiming to help people stay productive, no matter what they're doing. It's providing mobile scenarios optimized to allow users to work on documents on a laptop or desktop in the office, and have access to make tweaks and changes on mobile devices on the go. 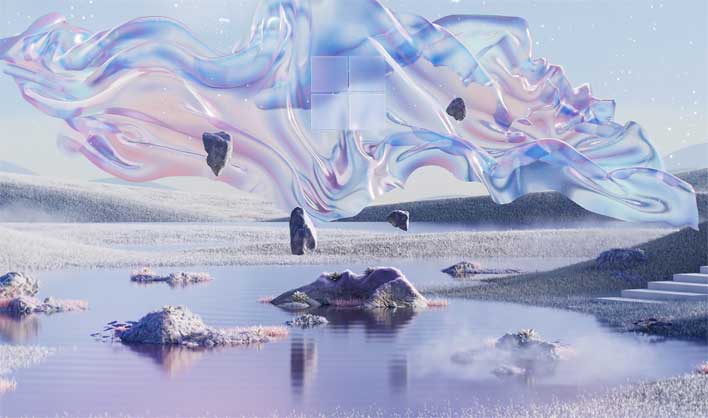 Microsoft also talks about integrating AI to be more helpful to human needs. It mentions leveraging AI experiences via Cortana and solutions like Project Cortex. Project Cortex aims to help alleviate cognitive fatigue and energize projects by helping users to learn, upscale, and innovate effectively. Project Cortex uses AI to create knowledge networks based on relationships among topics, content, and people. The main goal is to turn massive amounts of data that would be overwhelming into digestible bites that can be acted on.

The AI will also help users with individual app experiences by doing things like catching errors in formulas as users write in Excel. Another example is in Planner, with Microsoft currently exploring how it can leverage AI to auto-suggest end dates for tasks based on descriptions. An example Microsoft gives of this in action is how Forms uses AI to auto-populate questions based on the title entered.

Microsoft is also moving to make apps communicate more seamlessly. Teams is going to get a more dynamic and contextual experience with things like Planner, PowerPoint, and Whiteboard. Teams for Life and its Skype integration are being tweaked with the Microsoft Fluid Framework powering it.

New solutions, such as a Family Safety app, are also coming. The app will help people have more control over their digital life with controls for doing things like limiting screen time across different devices, helping to make families aware of physical contexts, filtering out undesirable content, and more. Again, it's unclear when any of these new experiences will land for Microsoft 365, but at least we have an idea of the things coming in the future. Microsoft launched Microsoft 365 with Teams and additional tools aiming directly at work from home consumers back in March.