Certain events can make you feel old, like your kids growing up and getting married, or seeing a formerly young and sprightly actor appear gray and weathered in their newest flick. Life just relentlessly marches on. I bring this up because today brought on of those moments for me today—a reminder that the original Xbox is about to turn 20 freaking years old! In celebration of Xbox's 20th anniversary, Microsoft is releasing some special edition peripherals that are a throwback of sorts.
What you see above is the 20th Anniversary Special Edition Xbox Wireless Controller.  Microsoft opted for a translucent black finish and silver guts, for a kind of mix of retro and modern.

"The nostalgic, green Xbox button brings us back to the first green Xbox logo. The iconic color can also be found on the back grips and around the hybrid D-pad," Microsoft explains.
As for the translucent green, that is intended to be a "fresh spin" from the original Xbox Debug kit, which is cool. Meanwhile, all the modern amenities of the latest-generation Xbox Wireless Controller are present and accounted for, including changes to the ergonomics, a dedicated Share button, and reduced latency.
I've seen some mixed reactions to the controller design—some like it and others are wrong. I jest, of course, as beauty is in the eye of the behold. But I dig it, even if it doesn't completely exude a retro aesthetic.
It seems to be popular too, as preorders have already come and gone. Microsoft's charging $69.99, which is $10 more than the regular version of the controller, and will release it on November 15, 2021. 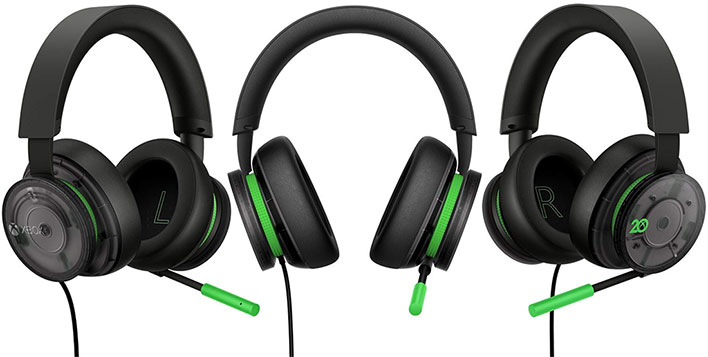 Microsoft is also giving its Stereo Headset a semi-retro makeover, also with a translucent flair. The earcups sport the same silver motif on the inside, topped with a black translucent cover. You can also find green accents along the way, including on the inside and outside of the eacups, and on the microphone.
"Just like our new Xbox Stereo Headset, enjoy ultra-soft large earcups and superb audio and chat quality. You can adjust the volume by rotating the right earcup or quickly mute incoming noise with the convenient on-ear control. The headset also supports spatial sound technologies including Windows Sonic, Dolby Atmos, and DTS Headphone: X (may require additional purchases or app downloads)," Microsoft says.
The headphones are also priced at $69.99, and are still available to preorder. Like the controller, the headset will release on November 15.