MicroProse, Legendary Creators Of Civilization, XCOM And Falcon 4.0 Is Back After 20 Year Gaming Absence 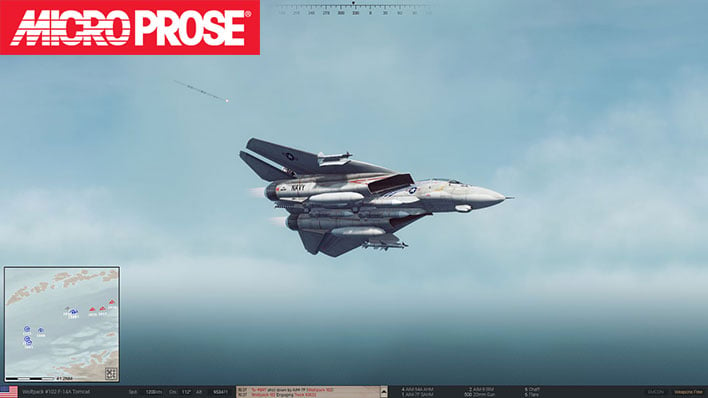 In an announcement that came completely out of left field for us today, one of the most storied game publishers that had been previously left for dead has been resurrected. We're talking about MicroProse, of course, whose last game was 2002's Grand Prix 4 (released under the Infogrames umbrella).

MicroProse first got its start nearly four decades ago (1982 to be exact), and published many popular games over the years including the XCOM and Civilization franchises. One of my personal favorites, being a big aviation buff and an unabashed fan of the General Dynamics/Lockheed-Martin F-16, was Falcon 4.0.

The company is now being led by CEO David Lagettie, while Bill Stealey, who originally founded MicroProse with Sid Meier, will be onboard as a consultant this time around. For those that would like to see some of their favorite MicroProse classics "refreshed" for modern systems, you're in luck. It will be remastering a number of games, although those specific titles haven't been revealed at this time.

What the reinvigorated company has announced, however, is that it has three new games on deck. The first is Task Force Admiral, which will have you in command of a U.S. Navy WWII (Pacifica Theater) carrier task force. This will be a full 3D simulation game with 90 ship classes and 40 different types of aircraft with realistic ballistics and full damage modeling. The game is being developed by Drydock Dreams.

Next up is Second front, which is another WWII-themed game developed by Hexdraw. "Second Front is an accessible WWII turn-based tactical game with more than 40 infantry units and 200 tanks, vehicles and guns," writes MicroProse. “It has all the depth of a paper wargame and the ease of a computer simulation. Campaign, scenarios and a complete editor make it an infinite tactical sandbox experience."

Finally, there's Sea Power, which was developed by Triassic Games. Sea Power shifts to "modern naval conflict campaigns". In fact, the description of the game gives us some The Hunt For Red October vibes:

After hostilities have broken out in Central Europe, the race is on as a pressured US Navy escort force battle off Soviet bomber and submarine attacks on a perilous quest to reinforce NATO defenders in Europe. Meanwhile, in the Persian Gulf, the conflict between Iran and Iraq risks escalating into a larger confrontation between superpowers as both sides indiscriminately attack neutral merchant shipping. And in the Norwegian Sea, an outnumbered Soviet surface force challenges the might of a massive US Navy amphibious force bound for occupied Norway...

All three of the games will be launching soon via Steam, which you can check out using the follow links: Task Force Admiral, Second Front, Sea Power.