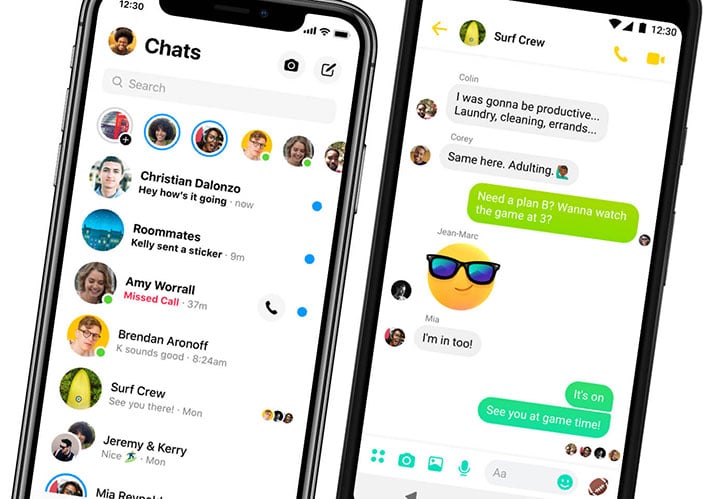 Welp, the days of being able to sign up for Facebook's Messenger service without also being a member of the social network are apparently over. If you have friends and family members who have been bugging you to hop on board Messenger, you will need to create a Facebook account to do so, if you do not already have one.
This applies to new users only. Anyone who already registered a Messenger account without an accompanying Facebook account can continue to use the messaging service as normal, at least for the time being.

"If you’re new to Messenger, you’ll notice that you need a Facebook account to chat with friends and close connections," A spokesperson at Facebook said in a statement to VentureBeat. "We found that the vast majority of people who use Messenger already log in through Facebook and we want to simplify the process. If you already use Messenger without a Facebook account, no need to do anything."
Prior to the change in policy, new users could sign up for Messenger using their phone number rather than joining the growing army of Facebook users. That is no longer the case.
This has also been a frustrating experience for some existing users—even though Facebook is not forcing them to register a social media account, some users report seeing error messages saying their accounts have been restricted, when trying to log into Messenger.
"It was nice while it lasted, but now I can't login to my Facebook-less Messenger account since it keeps telling me my account is restricted. So I'm dead in the water, basically,"Reddit user LitheBeep wrote.

Presumably this is a bug that Facebook will address. A workaround is to create a throwaway account on Facebook, though some users have run into trouble with this as well.
"I recently tried to make a throwaway account to sign up for this stupid app that required it. I made a fake name and used one of those random AI face generators. After a few hours, FB disabled my account and said they can't verify my ID and that I have to send a photo of myself via webcam that they take right there on the login screen with a copy of my state issued ID before they'll let me in. Anyway, I don't use that stupid app anymore," a user wrote.
Being able to register a Messenger account without an accompanying Facebook account was first introduced in 2015. The change in policy might be a first step towards unifying Facebook's different messaging properties, including Messenger, WhatsApp, and Instagram. It was reported nearly a year ago that Facebook was working to integrate the underlying architecture of all three services.
Facebook CEO Mark Zuckerberg also alluded to this in a blog post.
"People should be able to use any of our apps to reach their friends, and they should be able to communicate across networks easily and securely, We plan to start by making it possible for you to send messages to your contacts using any of our services, and then to extend that interoperability to SMS too," Zuckerberg said.
Of course, Facebook's track record with regards to privacy leaves a lot to be desired. Nevertheless, unifying these different services could prove beneficial to users, provided it's a smooth transition.