Maingear is known for its highly customized gaming PCs -- in both desktop and laptop form-factors -- and it is now pulling the wraps off its new RUSH gaming desktop series. The boutique PC maker has partnered with ASUS, which means that the RUSH series is ROG-certified and include ASUS-branded motherboards and Aura Sync RGB lighting throughout the chassis.

At the heart of is your choice of either Intel or AMD HEDT processors. In the case of the former, you can opt for up to a Core i9-10980XE Extreme Edition processor, which offers a total of 18 cores capable of executing 36 threads. The base clock for the processor is 3GHz, while the max turbo clock comes in a 4.6GHz. 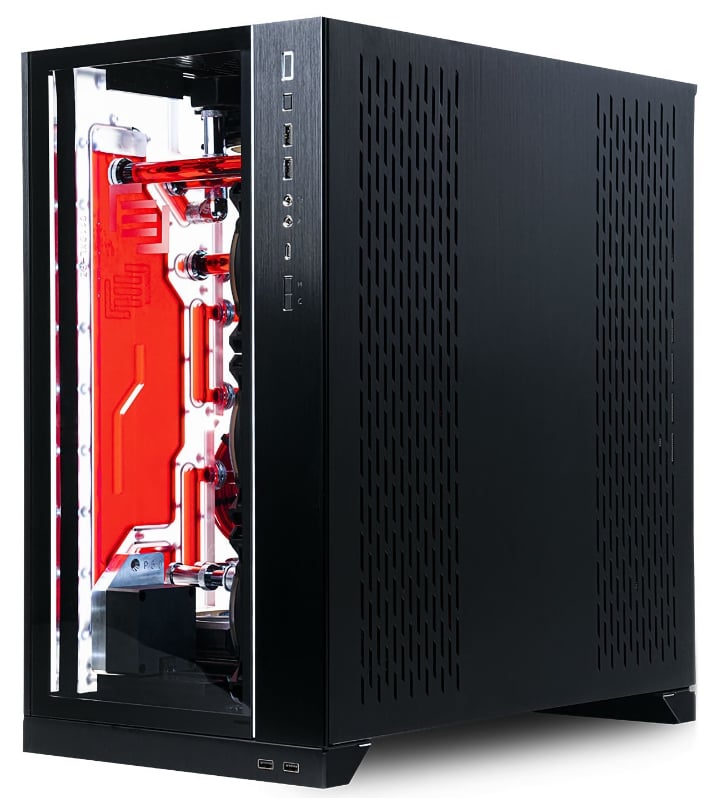 If you opt for an AMD solution, you'll be able to max out with the Ryzen Threadripper 3990X. Compared to the Core i9-10980XE, the Threadripper 3990X is an absolute beast with a 64-core/128-thread configuration. The base clock of the chip is 2.9Hz, and it boosts up to 4.3GHz. In addition to its multi-threaded advantage, the Threadripper 3990X also supports the PCIe 4.0 interface, which is mainly being taken advantage of these days by blistering fast SSDs. 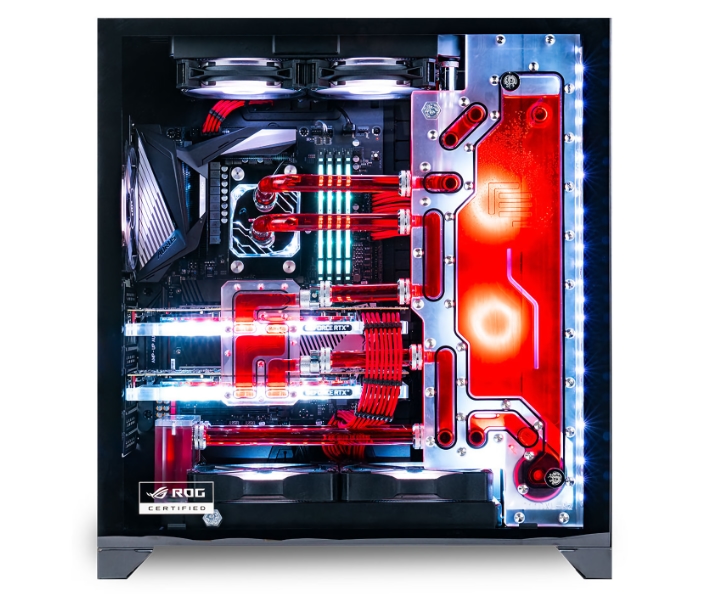 These processors find a home in ASUS ROG ATX or E-ATX motherboards, which can be filled with up to 128GB of DDR4-3600 memory and "multiple" 2TB PCIe SSDs. Maingear has also announced that you'll be able to tame your processor with its APEX liquid cooling system, which has been recently revised. The company writes:

The next generation of APEX merges a custom quiet pump, pressure regulated cooling, a flow rate sensor, and a high-capacity reservoir with additional custom parallel GPU and radiator bridges for improved cooling and overclocking potential.

For those that require the ultimate in gaming firepower, the new RUSH series can be equipped with up to Dual NVIDIA RTX Titan graphics cards. And "by request", you can opt for a quad-GPU configuration, although specifics on those GPU options has not been made at this time.

The Maingear RUSH series is available now to purchase, and is priced from $1,899 for Intel-based systems or from $1,999 for AMD-based systems.