Many people have a love-hate relationship with their television. These people want a television in their home, but dislike how much space it can often take up. LG may have a solution for these kinds of consumers if have nearly $90,000 to spare. The LG Signature OLED R, the first “rollable” television, is now available for sale for $87,000 USD.

The LG Signature OLED R features a 65-inch flexible OLED display that “leverages self-lighting pixel technology and individual dimming control.” The device includes a few different settings -- Full View, Line View and Zero View. Full View is when the screen is fully “rolled up” and visible. Line View allows a small portion of the screen to peek out. This part of the screen can be used as a clock, to control music, or to show off pictures. Consumers will likely be most interested in Zero View. This mode permits users to completely “roll down” their screen so that the screen is no longer visible. 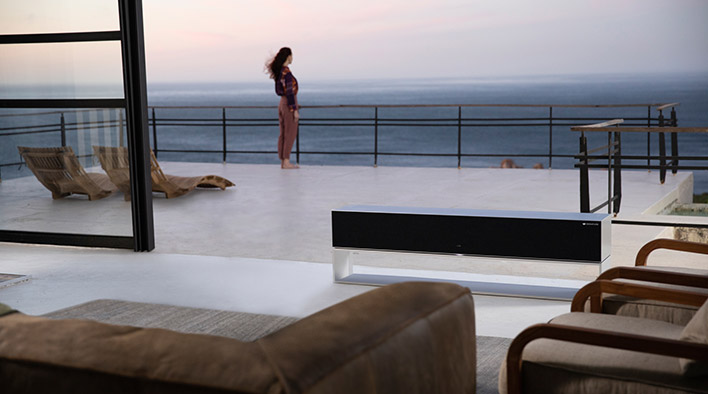 Consumers will be able to customize their device, and even engrave a name or message on the aluminum base of the device. They will also be able to choose from four colors for their wool speaker cover -- Signature Black, Moon Gray, Topaz Blue, or Toffee Brown.

LG originally debuted the Signature OLED R at the Consumer Electronics Show (CES) in 2018. The company had originally stated that the device would be available in Spring 2019, but there were delays. LG showed off the device again this past year at CES and the device was able to “roll down” from the ceiling during this showcase. However, LG representatives noted that the device's ability to roll down is something they hope will be possible with future models. At the moment, the device cannot be attached to a ceiling like some popular at-home “movie” screens.

According to Park Hyoung-sei, president of LG Home Entertainment Company, “This is a true luxury product that reimagines what television can be…” The majority of the device is manufactured in LG’s facilities in Gumi, South Korea, but the speaker cover is created by Kvadrat of Denmark. Each device is built to order and can currently only be ordered from certain “premium” electronics stores in South Korea. It is currently unclear whether LG intends to sell the device in other countries or through other stores.