For various reasons, not the least of which is pricing, there have not been a ton of OLED gaming monitor releases up to this point. That's starting to change. Following the launch of Alienware's 34-inch QD-OLED model earlier this year, LG is rolling out a cheaper 27-inch UltraGear OLED monitor (27GR95QE-B) for high-refresh gaming at 1440p (2560x1440).

It's still not an inexpensive solution—LG's asking price before it lands at retailers like Amazon is $999.99. However, LG isn't limping into the scene with just a premium OLED panel at a premium price. This is the fastest flat-screen OLED monitor and the first of its kind to boast a blistering 240Hz refresh rate, which is paired with an ultra-low 0.3ms response time (a strength of OLED technology).
Gamers with Radeon and GeForce hardware will also benefit from FreeSync Premium support and G-Sync compatibility for buttery-smooth gameplay. And as for the image quality, a hands-on (eyes-on?) evaluation is needed to know how it stacks up, but the specs are promising—LG is claiming 98.5 percent coverage of the DCI-P3 color space. 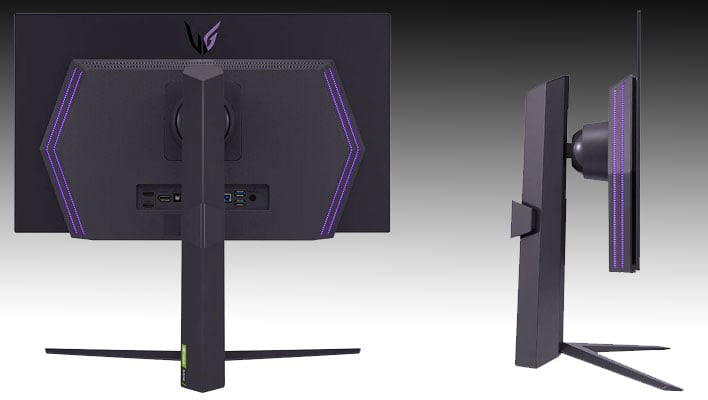 LG isn't revealing the brightness rating yet (product page just says "TBD"), likely because an official announcement is coming at CES. We'll be curious to see how it ends up, given that we're also now seeing brightly lit mini LED models come into the marketplace.
Incidentally, if you have the space for a 48-inch monitor and don't need to hit 240Hz, there are actually cheaper OLED solutions. One of them is LG's own 48-inch UltraGear (48GQ900-B), which is on sale for $996.99 at Amazon. Gigabyte's Aorus 48-inch 4K OLED (FO48U) is even cheaper at $899.99 (40% off).
LG is banking on gamers paying a premium on a more compact solution, with the enticement of 240Hz at 1440p. We'll find out when the 27-inch UltraGear OLED lands at retail.