Lenovo has rolled out a new Chromebook called the Chromebook Duet. The machine has a unique two-in-one detachable form factor with a touch-optimized user interface and a 10.1-inch screen. Lenovo's gadget very much looks like a Chromebook version of the Microsoft Surface Go, and it was designed to be very portable with a profile 7.35mm thick in tablet mode and a weight of 920g.

The removable ultra-thin keyboard has a trackpad allowing users to stay more productive on the go. Duet's 10.1-inch display has 400 nits of brightness and supports full HD resolution at 1920 x 1200. Internal storage is 128 GB, and buyers get 100 GB of free Google One storage for one year. The MediaTek Helio P60T processor running the show is an octa-core unit promising performance and power efficiency and is paired with 4GB of RAM. 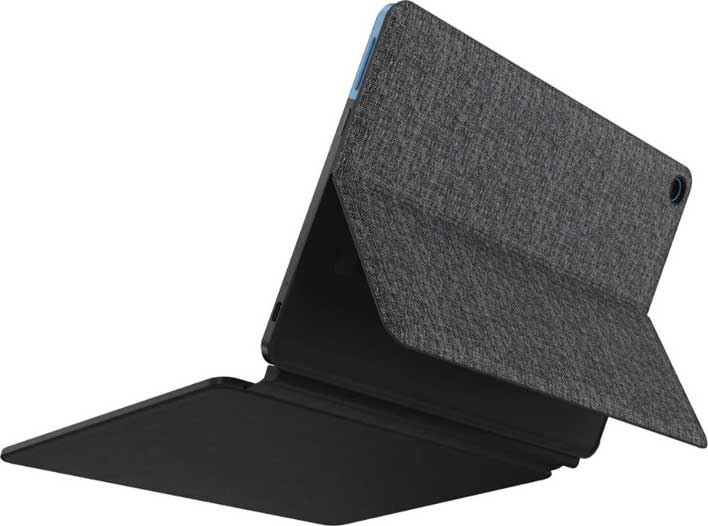 Dual cameras are built-in with a 2.0-megapixel fixed-focus front camera with an LED indicator, and an 8.0-megapixel autofocus rear camera. The machine runs the latest version of Chrome OS and has both Wi-Fi and Bluetooth connectivity. The battery is a lithium polymer unit promising up to 10 hours of use per charge.

Lenovo designed the tablet to support Word, Excel, and PowerPoint with Microsoft 365 subscription. The Chromebook also has access to Google Play for gaming and entertainment options. Connectivity options include a USB-C port that will charge the device, and an adapter that converts the USB-C port to a 3.5mm headphone port is included. One of the best features of the Lenovo Chromebook Duet, however, is the price. 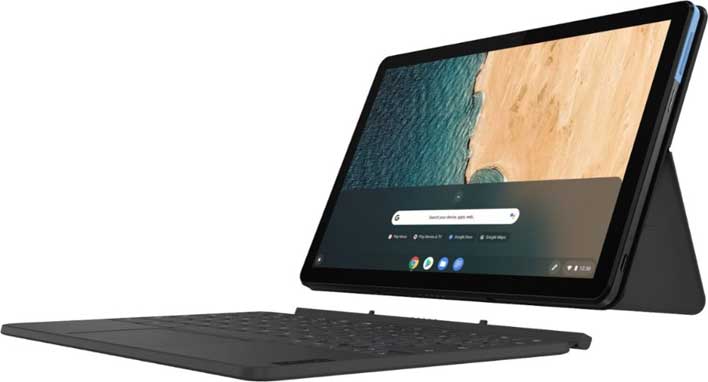 It can be pre-ordered from Best Buy now starting at $279, according to the Google Chromebook website. However, the version currently listed at Best Buy is going for $299. With consumers and businesses looking for cheap ways to get online during the coronavirus pandemic, Chromebooks have gained in popularity. HP in particular launched new Chromebooks aimed at enterprise workers last week.