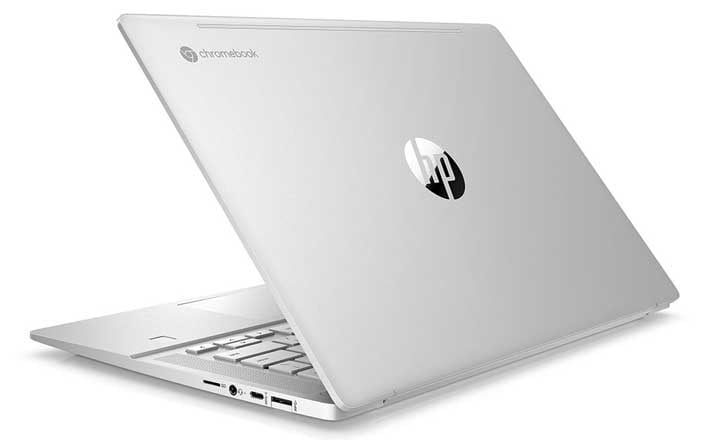 HP has launched several new Chromebook computers that aim at enterprise users who need machines that need cost effective and powerful. One of the devices is the HP Pro c640 Chromebook Enterprise that is designed for working in the cloud. The c640 is powered by 10th generation Intel processors and has up to 12 hours of battery life per charge. If the battery runs out of power, the Chromebook charges quickly via HP Fast Charge, taking the battery to 90% in 90 minutes.

Hallmarks of the c640 include durability featuring an aluminum exterior designed to pass rigorous MIL-STD testing. C640's water-resistant keyboard can survive being doused in up to 350ml of water. The Chromebook features the HP Privacy Camera with an integrated shutter to protect from camera hacks, and it can be fitted with an optional fingerprint sensor. HP also equips the machine with Wi-Fi 6 and its own proprietary extended range LAN. HP says the Pro c640 Chromebook Enterprise will launch in June with pricing announced closer to availability.

HP's next Chromebook is called the Chromebook Enterprise 14 G6, and it has been redesigned to deliver performance and value for frontline worker productivity. The keyboard has been designed to withstand repeated cleanings using sanitizing household wipes. Connectivity includes an HDMI output to allow users to put their content on a larger external display and a USB-C port. The battery promises up to 13.5 hours of runtime per charge, and it supports HP Fast Charge. The webcam has a privacy shutter, and enhanced Wi-Fi performance is integrated with HP Extended Range Wireless LAN. The HP Chromebook Enterprise 14 G6 is available now, starting at $399.

The HP mt22 Mobile Thin Client is designed explicitly for productive mobile use in Virtual Desktop Infrastructure environments such as Citrix and VMware. HP designed the mt22 for durability and dependability featuring a 180-degree lay-flat hinge and a solid stamped-aluminum chassis that meets MIL-STD testing procedures. Intel Celeron processors are the heart of the mobile thin client, and HP Extended Range Wireless LAN is integrated for reliable connectivity. HP's mt22 Mobile Thin Client will launch in May, starting at $495.