As classes are being held remotely and students still need to get work done, having a device versatile to handle it all is essential.  Thus, Lenovo has announced a new line of Chromebooks and Windows laptops geared toward education, and they seem rather impressive.  There are features for students, educators, and administrators which should up the game across-the-board. 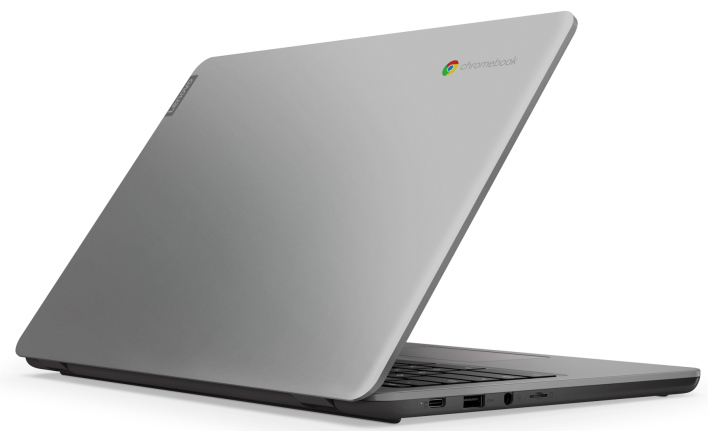 When you think "Chromebook," there is typically an image that comes to mind, including rounded edges, matte colors, and pokey performance. With Lenovo's 14e, that idea of a Chromebook is torn down with a sleek finish that makes the 14e look quite professional. Besides the looks, the Lenovo 14e should have some fairly impressive specs with the latest AMD processors for Chromebooks alongside up to 8GB of RAM and 64GB of storage. As Lenovo explains, the "Lenovo 14e Chromebook Gen 2 is powerful and versatile enough to meet every user's need, whether you're a tech-savvy teacher or a young student just starting your journey."

Flipping back to the more traditional style of Chromebook, the Lenovo 100e and 300e Gen 3 are AMD powered lightweight powerhouses geared toward younger students, it seems. Both feature 4GB of RAM and up to 32GB or 64GB of storage, respectively, which should be plenty when everything is cloud-based anyhow. Another nice thing to have for administrators is that these Chromebooks come with a water-resistant keyboard with mechanically-anchored keys, so kids will have a tougher time plucking them. 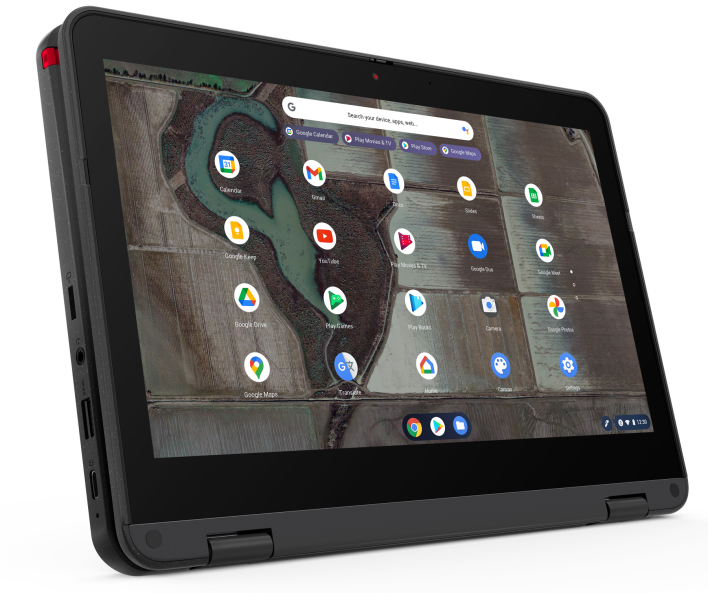 Lenovo's 500e Gen 3 is a little different in that it is powered by an Intel Celeron Processor with up to 8GB of LPDDR4x at 2933Mhz. There is also an optional "garaged USI pen" to use with the touchscreen display, which can also be had on the 300e. Besides that, everything is largely the same as the other laptops with 10hrs of battery life, 720p front-facing camera, and a similar suite of I/O with a USB-C 3.2 Gen 1 port, an HDMI 1.4b port, two USB-A 3.2 Gen 1 ports, a MicroSD reader, and an audio jack. 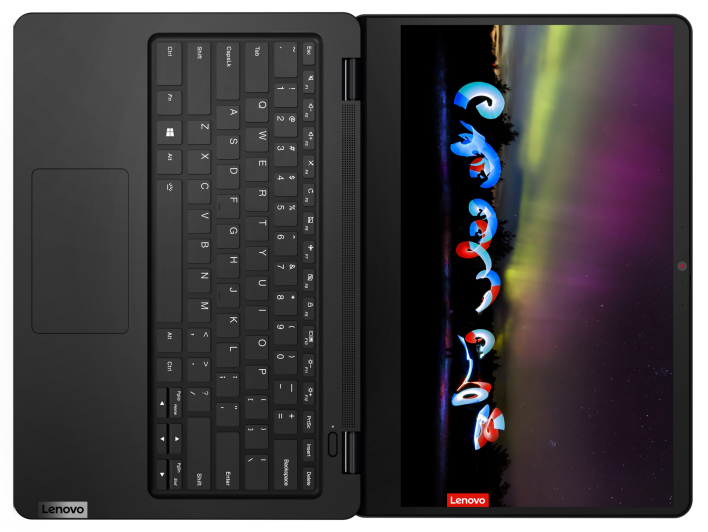 Stepping over to the Windows side of things, Lenovo's 14w Gen 2 is similar in style to the 14e Gen 2, but comparing them otherwise is unfair. As the "W" in the name implies, this and the following laptops can come with up to Windows 10 Pro. Under the hood, the 14w is powered by a dual-core four-thread AMD 3015e processor that boosts up to 2.3GHz. It can be equipped with up to 8GB of DDR4 alongside up to 256GB of storage with an M.2 SSD. Around the outside, the 14w can also have either an FHD IPS touch or non-touch display and one USB Type-C, two USB Type-A 3.2, one HDMI 1.4, and one 3.5mm jack. 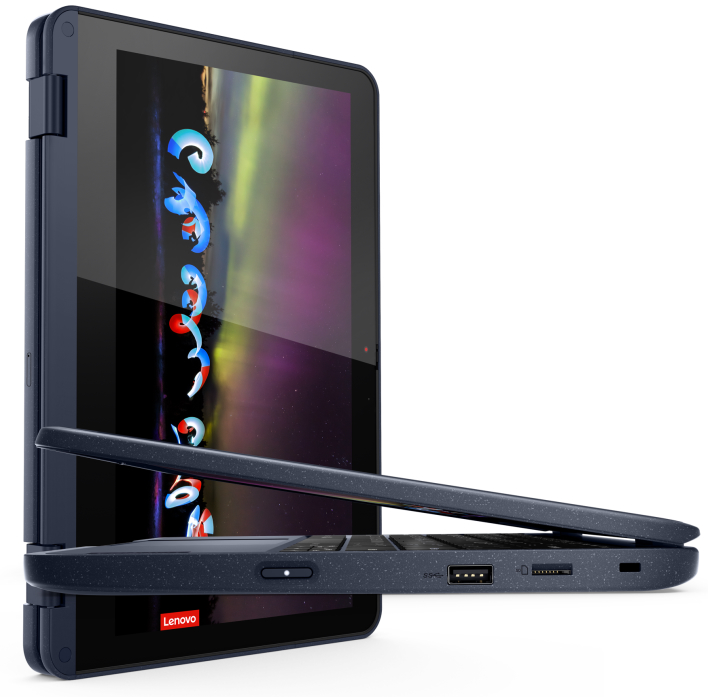 Both the 100w and 300w Gen 3 laptops are powered by the same processor and can come with up to 4GB of DDR4 and 128GB of storage on an M.2 SSD. All three also feature up to 10hrs of battery life, meaning students will be able to work all day long provided they remember to charge the device the night before. 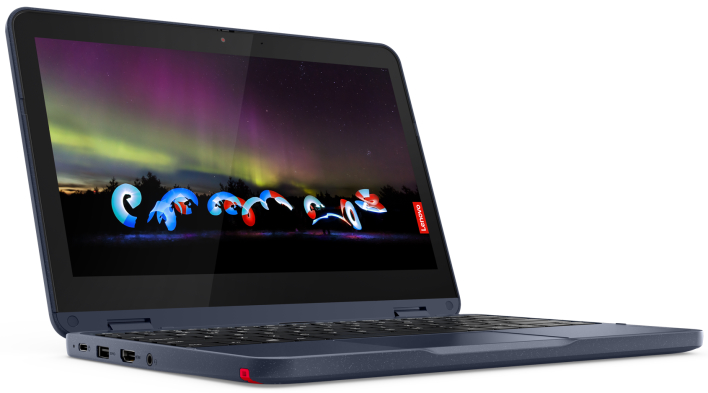 Overall, Lenovo's configurations for all these devices seem to be solid enough for day-to-day work for both students and educators. It is also quite nice to see the possibility of Windows devices becoming more prevalent in education versus ChromeOS.