Just yesterday, we reported on The Telegraph's report claiming that NVIDIA had suffered a cyber-attack. NVIDIA didn't provide any details, but the company's statement that it was "investigating an incident" was admission enough. As it stood last night, it seemed clear something had happened, but we didn't know whodunnit—or why.

Well, now we do. Multiple sources on Twitter, including cybersecurity monitoring group DarkTracer, are reporting that the relatively new Lapsus ransomware gang has taken responsibility for the hack. The group claims to have some 1TB of NVIDIA files, and says that it will leak them to the web, possibly in 5 separate releases, if NVIDIA doesn't pay an unspecified sum "on or before Friday." 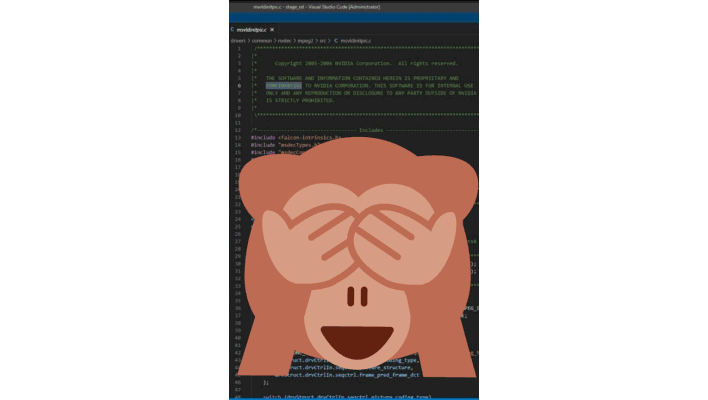 To prove the veracity of the data breach, Lapsus has shown redacted screenshots of directory listings as well as hashed passwords and, most convincingly, a censored bit of proprietary source code, shown above. And so it does appear on the surface that the hack is legit, and it does appear that Lapsus is likely responsible. That's not the funny and ironic part of this story, though.


See, groups like Lapsus make money by breaking into business networks and then extorting them for cash. Sometimes they steal data and hold it hostage, as in this case, and other times they drop ransomware and demand payment for the decryption key. It's very frustrating when you've been hacked, not only because of the time and money lost, but also because of the loss of face. 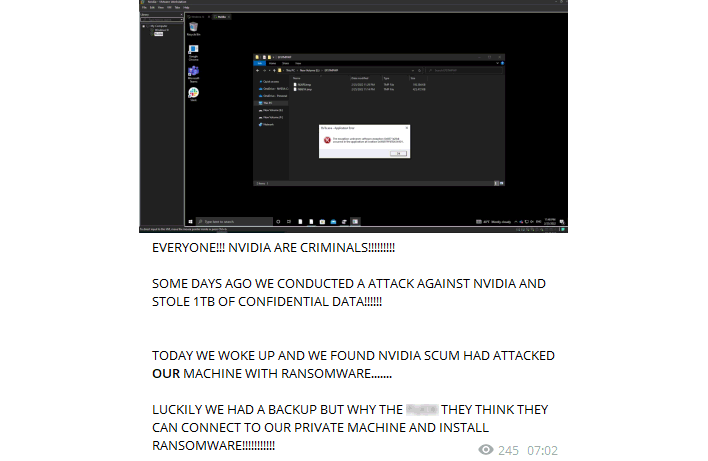 That's something Lapsus knows all about apparently, now that the group claims they've been the target of a cyber-attack themselves. The image above, shared on Twitter by cybersecurity enthusiast Soufiane Tahiri, has Lapsus complaining of a ransomware attack on their own systems—and they lay the blame directly at NVIDIA's feet.

It's difficult to imagine a giant corporation like NVIDIA performing a ransomware attack on anyone, but it's not hard to imagine a vindictive network admin striking back against the group that has been causing him so much stress over the last couple of days. Hilariously, Lapsus says "why [do] they think they can connect to our private machine and install ransomware!!!!" Why, indeed, Lapsus.