Lamborghini is no stranger to releasing bold and outrageous automobiles that are designed to drop the maximum number of jaws as they roll down the street. Such is the case with the Sian Roadster that debuted exactly three weeks ago. Now, Lamborghini is teasing another powerful supercar that will be available in extremely limited quantities.

The vehicle in question is the Essenza SCV12, which will be a track-only monster that has been designed to rip and run around the world’s most famed race circuits. Lamborghini says that the Essenza SCV12 has the blood of its ancestors — Miura Jota, Diablo GTR — coursing through its veins, and as you might expect from a flagship Lamborghini, the Essenza SCV12 is powered by a naturally-aspirated V12 engine. In this particular application, the engine generates a thunderous 830 horsepower and sends power to the rear wheels using a 6-speed sequential automatic transmission. 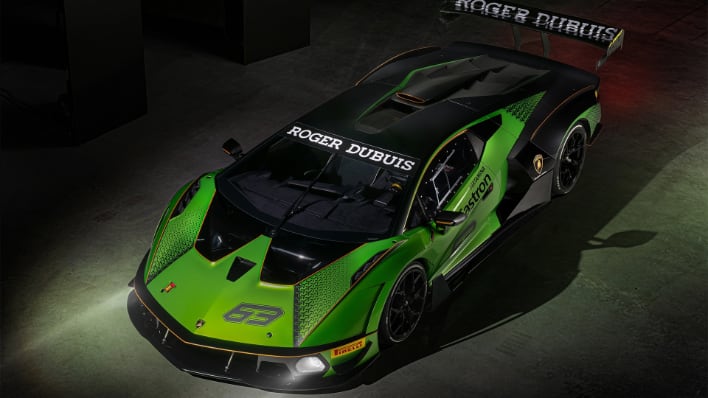 Speaking of the transmission, Lamborghini says that it serves as a structural member of the chassis to help improve torsional stiffness. And mounted to the transmission is a pushrod rear suspension. Other items of note include 19-inch wheels up front (20 inches in the rear) that are constructed of lightweight magnesium. They are wrapped with Pirelli racing tires, while stopping duties are handled by Brembo brake discs and calipers.

As for aerodynamics, the car is said to produce more downforce at 250 km/h than a GT3 race car (1,200 kg). Not surprisingly, the Essenza SCV12 won’t be mistaken for anything but a Lamborghini, while having a look that is distinct from the rest of the vehicle lineup. There are scoops and slashes all over the body work – including a top air scoop feeding the engine – along with a massive rear wing to provide downforce at speed. 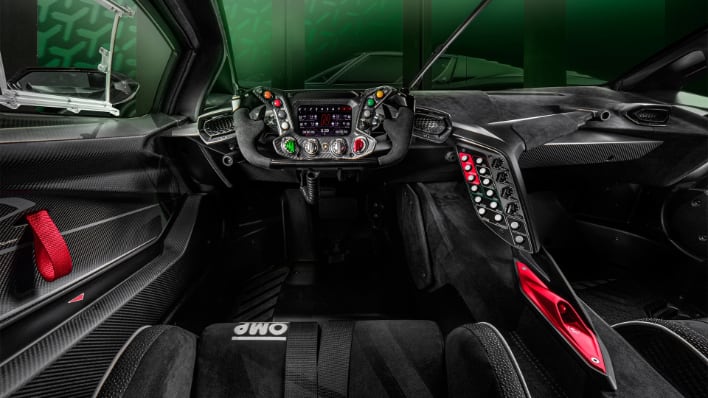 “Essenza SCV12 is the ultimate expression of the V12 naturally aspirated engine, the symbol of our brand since 1963. It is a project in which we combined the pursuit of engineering perfection with refined aerodynamics, futuristic design, and innovative solutions such as the carbon monocoque without internal roll-cage,” said Maurizio Reggiani, Chief Technical Officer for Lamborghini. 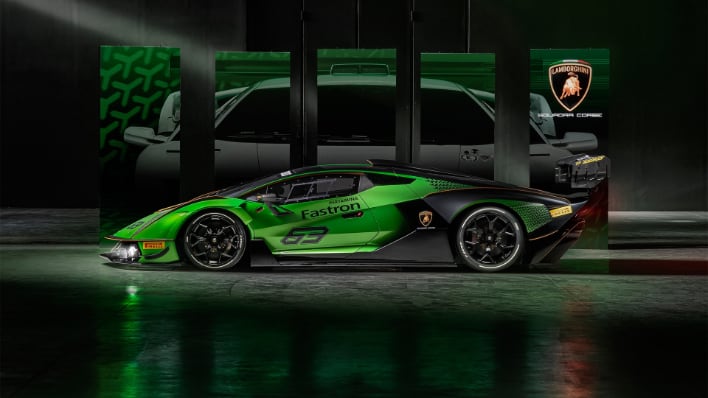 “The result is an engaging and uncompromising car, born to race and to showcase on the track the characteristics that have made Lamborghini famous worldwide, guaranteeing unique and special emotions for both the driver and onlookers.”

The Lamborghini Essenza SCV12 is most definitely a limited-edition exercise, as only 40 will be built and offered for sale. Production and deliveries will commence in 2021, and pricing hasn’t even been announced, because if you have to ask…