Nearly one year ago, Lamborghini first announced its Sian, which is a limited edition hypercar with stupefying specs including a 6.5-liter V-12 engine hooked up with a 48- volt mild hybrid setup that spits out an incredible 819 horsepower. The coupe is a brash as you might expect from a Lamborghini, with its hard angles and in-your-face design flourishes.

Well, Lamborghini is ready to crank things up another notch with the follow-up Sian Roadster. With the top removed, the Sian Roadster is every bit as aggressive and good-looking as the coupe, and is perfect for feeling highly accelerated streams of air through your hair (or bald scalp, if you're so inclined). 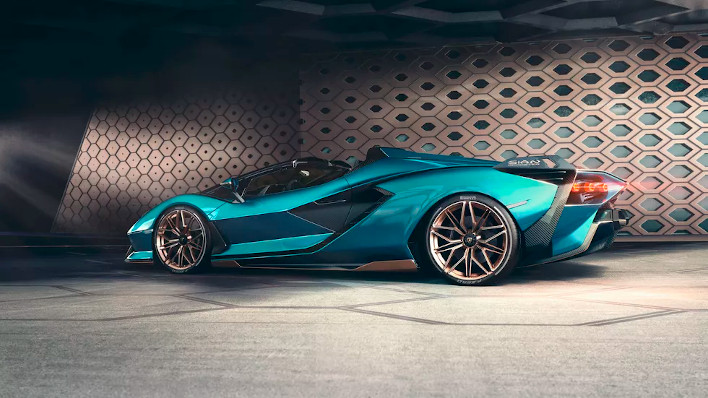 Like its coupe counterpart, the roadster channels power from the mid-mounted engine to the rear wheels through a hardened 7-speed dual-clutch automatic transmission. The powertrain combination is enough to send the Sian Roadster hurtling from a standstill to 60 mph in just 2.9 seconds. Top speed for the vehicle is listed at 217 mph.

As for the hybrid system, the Sian Roadster makes use of lightweight supercapacitors instead the more traditional lithium-ion battery packs. Lamborghini has located the supercapacitors between the engine bulkhead and passenger compartment for optimum balance, and they are three times lighter than their lithium-ion equivalent. They also three times more powerful (per pound) than the alternative. 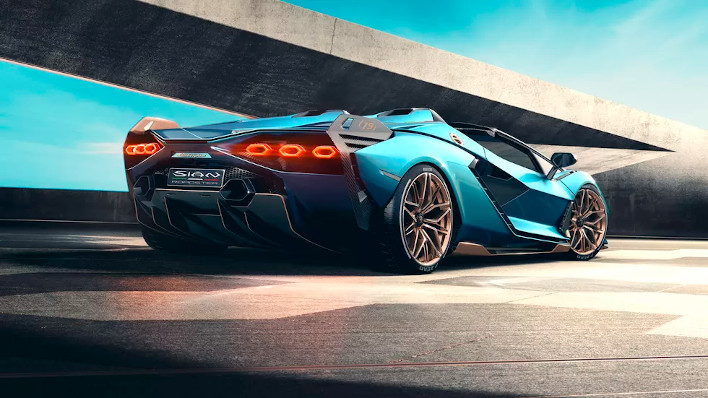 “It is the expression of breathtaking design and extraordinary performance, but most importantly embodies important future technologies," said Stefano Domenicali, CEO of Lamborghini. "The Sián’s innovative hybrid powertrain heralds the direction for Lamborghini super sports cars, and the open-top Sián Roadster affirms a desire for the ultimate lifestyle Lamborghini as we move towards a tomorrow demanding new solutions.”

It's interesting that Domenicali describes the Sian as the "ultimate lifestyle" vehicle, which is a bit disingenuous when you think about it. Lamborghini is only making 19 of the vehicles -- which have already all been spoken for -- and they will likely NEVER... EVER see use on public roads. They'll be sealed away in an air-conditioned garage for the rest of their lives to preserve the $2+ million price tag.