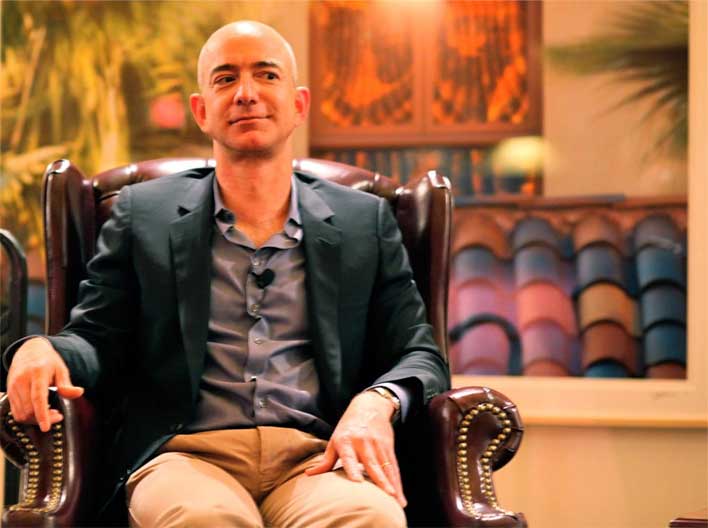 A group of UN human rights experts are calling for an investigation into the Crown Prince of the Kingdom of Saudi Arabia, who they allege in 2018 deployed digital spyware enabling surveillance of Jeff Bezos. Bezos is known as the CEO of Amazon, but he's also the owner of The Washington Post. According to the UN human rights experts, the Crown Prince was possibly involved in the surveillance of Bezos in what they claim was an effort to influence, if not silence, The Washington Post's reporting on Saudi Arabia.

The experts say that the allegations are relevant due to the ongoing evaluation of claims about the Crown Prince's involvement in the 2018 murder of Saudi national and Washington Post journalist Jamal Khashoggi. The alleged hacking of Bezos' smartphone, along with similar claims made with regards to surveillance of others, "demands immediate investigation by U.S. and other relevant authorities," according to the UN experts.

The surveillance was allegedly performed using software developed and marketed by a private company and transferred to the government without judicial control of its use. There are allegations that the Crown Prince ordered, incited, or at a minimum was aware of the planning for but failed to stop the mission that fatally targeted Khashoggi in Istanbul.

The experts recently became aware of a 2019 forensic analysis of an iPhone owned by Bezos that determined with "medium to high confidence" that his phone was infiltrated on May 1, 2018. Infiltration was allegedly via an MP4 video file sent from a WhatsApp account utilized personally by Mohammed bin Salman, the Crown Prince of the Kingdom of Saudi Arabia. The Prince and Bezos had exchanged phone/WhatsApp numbers the month before the alleged attack occurred. The analysis showed that data egress increased significantly after the file was sent, indicating the phone was compromised.

Allegations claim that the Crown Prince sent WhatsApp messages to Bezos in November 2018 and February 2019, where he revealed private and confidential information about Bezos' personal life that wasn't available elsewhere. Investigations into the Crown Prince are ongoing. Bezos surpassed Bill Gates as the richest person in the world in 2017.