Thanksgiving is now in the rear view mirror, which means one thing—it is now perfectly acceptable to fire up that Christmas playlist as attention turns to the next big holiday. If you want to do that while on the go, a portable speaker is the solution you need. Worried about the rain? You can shove that worry aside with JBL's waterproof Boombox Bluetooth speaker.
The JBL Boombox with a waterproof design is on sale for $279.95 at Amazon (save $120). Boomboxes have come a long way in their design and functionality since the 1980s, when you might spy someone with a massive set of speakers with dual cassette players slung onto their shoulder, for those of you are old enough to have lived through that era. This one is considerably lighter than the boomboxes of old, with modern amenities.
It is outfitted with four active transducers and two JBL bass radiators, to deliver "monstrous sound," JBL says. The user reviews seem to back this up—it has a 5 star rating (out of 5 stars) from over 4,500 user reviews on Amazon, with buyers praising its versatility.
You can wirelessly connect up to two Bluetooth devices to the JBL Boombox. And if you have other JBL speakers that support the company's Connect+ feature, you can add them into the mix for even more sound.
It has an IPX7 waterproof rating, and a high-capacity 20,000 mAh rechargeable battery that is rated to last for up to 24 hours of playtime. You can also tap into the built-in battery to charge your devices via a pair of USB ports.
Here are a couple of other JBL portable speakers that are on sale...
The JBL Boombox 2 is an updated version of the original. It is also waterproof and has a battery that is rated to last for up to 24 hours. So, what's different? JBL updated the design and infused it with even more power and more bass. JBL also swapped the Connect+ feature for a similar one called Partyboost, to link up multiple speakers.
As for the Charge 4, it is a more affordable speaker, which also features Bluetooth connectivity and a waterproof design. The battery is smaller, though JBL still says you can squeeze up to 20 hours out of a single charge. 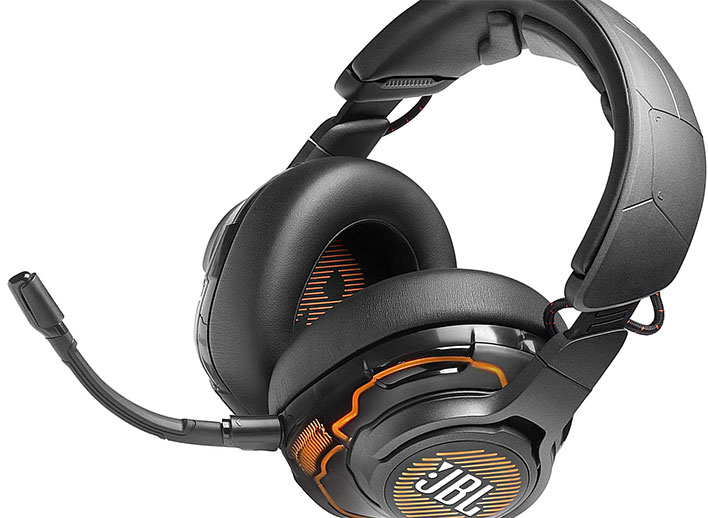 The JBL Quantum ONE is also marked down right now, for $149.95 at Amazon (save $150). This is an over-the-ear headset designed with gamers in mind. Part of that entails JBL's QuantumSPHERE 360 technology with an integrated head-tracking sensor. The idea is to make it easier to hear where enemies (and other sounds) are coming from.
It also features active noise cancellation to drown out surrounding sounds, and has big memory foam ear cushions covered in leather for comfort.
This is the lowest price this headset has ever been. It sold for its $300 MSRP up through late August, then dipped to around $250, until now.