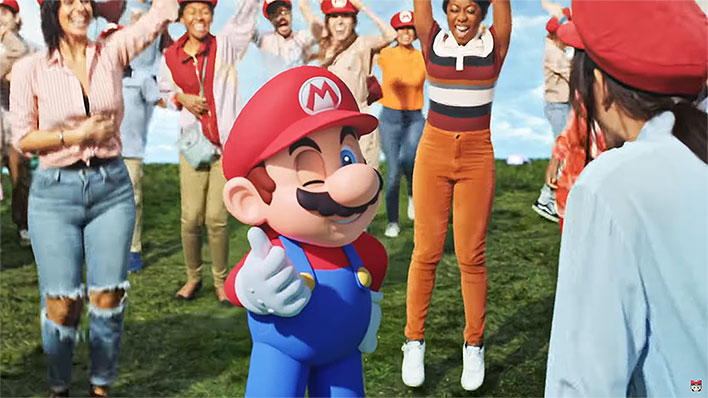 Admit it, at some point in your life (past or present), you have fantasized about jumping into a video game and interacting with whatever virtual world tickled your imaginative fancy. Many gamers who grew up playing on the Nintendo Entertainment System (NES) may have wished they could hop into the console and join Mario and Luigi in their efforts to save Princess Peach. Well, that might not be possible, but Nintendo is doing the next best thing by opening up an Super Nintendo World theme park at Universal Studios Japan.
Nintendo describes the theme park as a "life size experience of the game world," with the promise of combining games and attractions with "the world's most advanced technology." Most of the fine-grain details are still under lock and key, though expectations are high, with Nintendo partnering with Charli XCX and Galantis to create a Super Mario World music video teasing some of the experiences guests will have. Have a look...

Obviously the actual theme park will differ in to some extent—the music video meshes actual people with plenty of computer generated imagery (CGI). But the gist of it is, Nintendo is looking to replicate the Super Mario Bros. world (and some of the sequels), or at least aspects of it, for fans of the franchise to play in. And, it appears Prince Peach is actually in the castle.

Super Nintendo World will use tech + smartphone app⚡ Wearable wrist bands called the "Power Up Band" will make you feel like you're part of the game world 🎮 You can collect digital coins and compete with others #SuperNintendoWorld #MarioKart pic.twitter.com/ltloaNqCCE

Nintendo says the theme park will consist of different layers with various challenges. Guests will wear a "power-up band" that syncs to their smartphones and works in conjunction with a new app. Minus the augmented reality (AR) aspect, it sort of sounds like a bolstered version of Pokemon Go. Rather than catch characters, though, guests will be able to collect digital coins, according to information Kurumi Mori from Bloomberg posted to Twitter.
"If Disney is the dreamworld, then Universal Studios Japan is the wake world where we will energize you and make you feel alive," Universal Studios Japan director Ayumu Yamamoto said during an unveiling event.
In essence, Super Mario World figures to be a "life-size, living video game." It opens up to the public this summer in Osaka, Japan, followed by other Universal Studios parks, including ones Hollywood, Orlando, and Singapore.