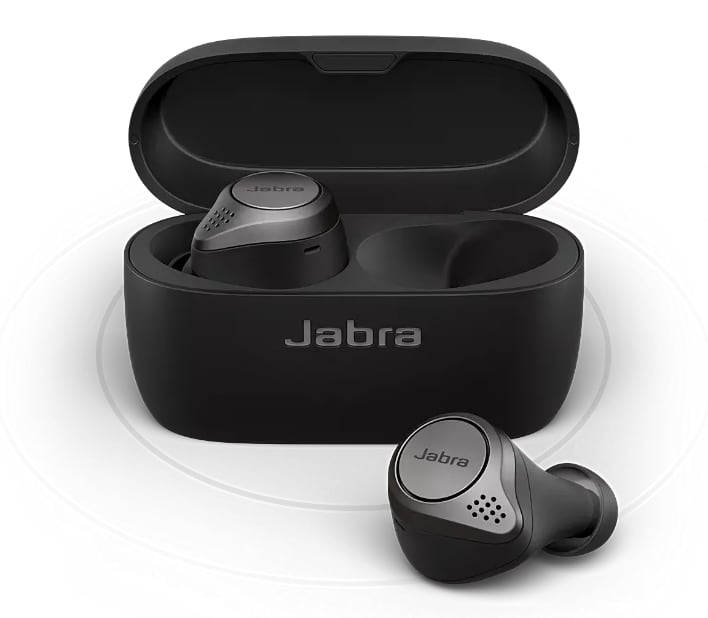 The Jabra Elite 75t (and its Elite Active 75t counterparts) is among the best wireless Bluetooth earbuds that are currently available on the market. The earbuds have won praise for their form-fitting design, sweat/water resistance, and HearThrough technology that allows ambient noise to passthrough so that you're not totally oblivious to what's happening around you.

However, one feature that has eluded the Elite 75t is active noise canceling (ANC). Jabra promised back in September that it would bring ANC to the Elite 75 in October, and true to its word, that update is now available. We should caution; however, this update adds what Jabra is calling "Standard" ANC, rather than the "Advanced" ANC that is found in the upcoming Elite Active 85t. The Elite Active 75T is able to perform noise cancellation thanks to its onboard microphones, but unlike the Elite 85t, it doesn't have dedicated ANC hardware.

The Advanced ANC in the Elite 85t is capable of far greater control with a slider control scheme that can select between transparency mode and full noise cancelation (with various steps in between). The Elite 75t can't match that response, but we're happy that Jabra was good enough to give us functional ANC anyway.

Make sure that the earbuds remain connected to your smartphone as the firmware downloads. Once the download is complete, you'll be asked to place the earbuds back in their charging place to complete the installation process (which will take around 5 minutes).

With that being said, the Jabra Elite 75t retain their IP57 rating, and can last up to 7.5 hours per charge. The included charging case can provide you with a total of 28 hours of charge between fill-ups. Finally, the earbuds are compatible with Amazon Alexa, the Google Assistant, and Siri.

The Jabra Elite 75t are currently available on Amazon for as low as $149.99 if you select Titanium Black. The Jabra Elite 85t earbuds are available for preorder right now for $229.99 and will ship on November 1st.