Passengers on a recent United Airlines flight departing from San Francisco, California and bound for Orlando, Florida, had to exit the plane and be re-screened because of an ill-advised iPhone prank. A teenager on board the aircraft had used Apple's AirDrop feature to send an unsolicited photo of an airsoft gun to other passengers on board the plane.
In today's climate, that is a big no-no. While some may see the de-boarding and re-screening as an overreaction, an abundance of caution is to be expected when taking to the skies on a commercial airline. The boneheaded teen who sent the photo was likely not born yet during the terrorist events of 9-11, or if they were, they would have been less than a year old. 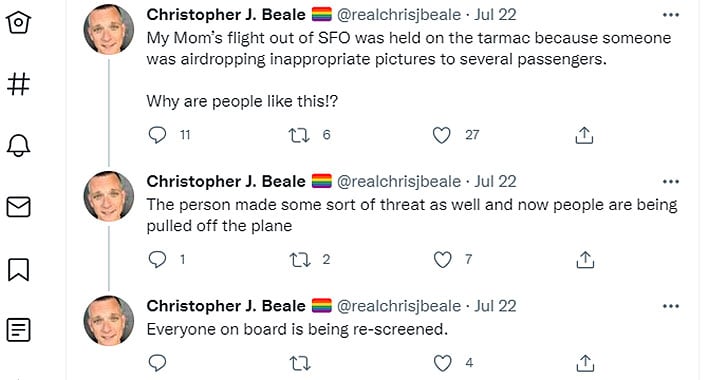 Still, they should have known better. Apparently they did not (or did not care), and so United Airlines had everyone evacuate the plane "out of an abundance of caution." Following an investigation, United Airlines determined the photo was taken a date prior to the flight, and at a completely different location. The airsoft gun was not in the teen's possession at the time.
People can debate whether a photo of a toy gun constitutes a threat, and a wholesale evacuation. Teens will be teens, after all, and we have all done incredibly dumb stuff in our younger days (and some of us still do). But given the unsettling nature of receiving a photo of a gun, toy or otherwise, as you are about to embark on a cross-country flight, it is easy to understand why United Airlines acted the way it did.

Make Sure Your AirDrop Settings Are Correct For Best Privacy Practices

AirDrop, by the way, is a feature of iOS and macOS that allows iPhone, iPad, and Mac users to wirelessly send files to one another with ease. Users must be within Bluetooth or Wi-Fi range and have one or the other turned on. 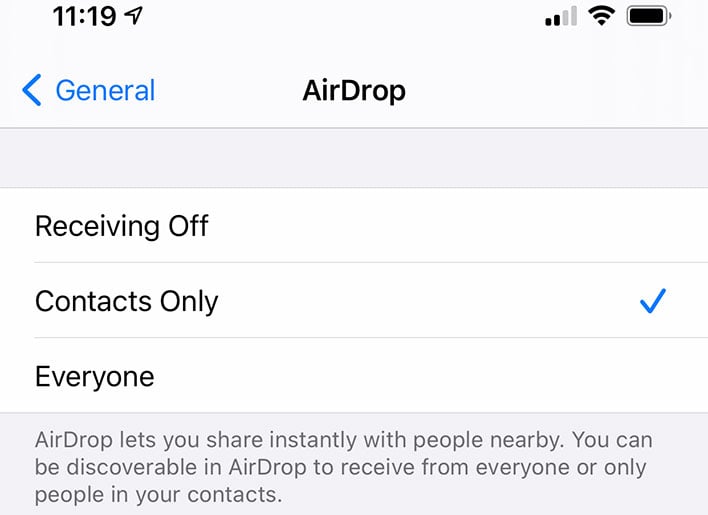 By default, AirDrop is supposed to be set to Contacts Only, to avoid receiving unsolicited pictures and other files from strangers. The two other optional settings include Receiving Off and Everyone, and apparently some people on the plane had it set to the latter.
If you own an iOS device, you can check and change your AirDrop setting by navigating to Settings > General > AirDrop, as shown in the image above.