Many iconic game consoles were around in the '80s that gamers of a certain age think about with nostalgia. Several of those game consoles have made comebacks as smaller, modernized versions with retro games preinstalled. The Intellivision Amico is one of the consoles that fans have been anticipating for a few years, and bad news has surfaced concerning the the planned reboot.

Intellivision CEO Tommy Tallarico announced this week that the console's reboot would be delayed until April 2021. Tallarico's Amica reboot was backed by crowdfunding, and backers never like to hear about delays. Intellivision is blaming the global COVID-19 pandemic and related production challenges for the delay. 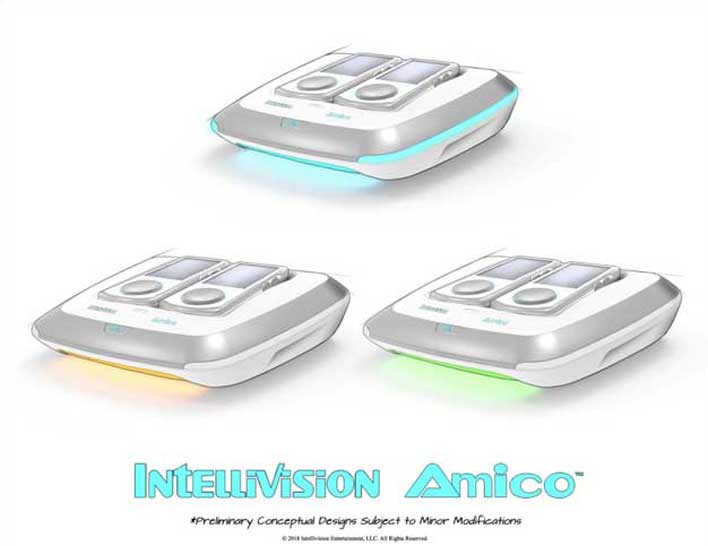 The executive said to get the Amico on shelves by its October deadline, the company would have to compromise features and amenities he felt were critical to the console's success. Unfortunately, the April 2021 launch date isn't guaranteed either; Tallarico says that the launch date will be determined by "specific quality criteria" and won't come a day before that criteria is met.

Currently, the goal is to put the founder's edition of the console in gamers' hands on April 3, 2021. That specific date was chosen because numerically, it works out to "4, 3, 2,1." Players can still put down $100 deposits for both versions of the Amica console retailing for $249 and $279. One of the console's big features is that games will be available via an online marketplace for between $3 and $8.

During the event where the delay was announced, some games were also unveiled, including a licensed Major League Baseball game, a Sesame Street title, and games based on the '80s icon Evel Knievel. A licensed Hot Wheels game will also be available for the console. The Intellivision Amico was promised for a 2020 launch back in October 2018.