Intel is expanding its graphics portfolio today with the announcement of its new Intel Server GPU. The company, which is best known for its consumer- and enterprise-class CPUs, has performed a complete revamp of its graphics architecture in support of a renewed effort in discrete GPU technologies. The first fruit of those labors came with Iris Xe on-board Intel 11th generation Tiger Lake CPUs, which was followed by the Iris Xe Max discrete laptop GPU. Today however, Intel is expanding the portfolio with a new Server GPU productization, code named SG1, which is based on the same Xe-LP microarchitecture found in Iris Xe and Iris Xe Max.

H3C's XG310 is a three-quarter length full height x16 PCIe 3.0 card that features a total of four Xe Server GPUs onboard. Intel a employs what it refers to as 128-bit "pipeline," which is most likely the memory interface width actually, along with 8GB of LPDDR4x memory per Xe GPU for a total of 32GB on a card. Intel is specifically targeting the Server GPU for Android cloud gaming workloads, and is touting lower total cost of ownership and much higher session density with its these SG1 accelerator cards. 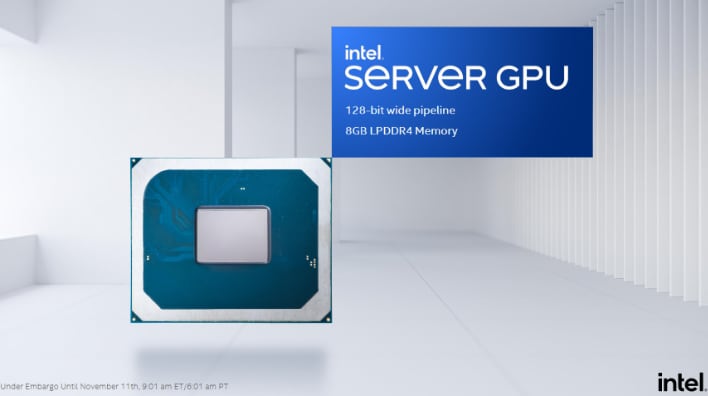 With a two-card system, Intel is saying that the solution can support to 100 simultaneous Android cloud gaming users. That number could potentially scale to 160 depending on the server configuration and the resources necessary for a specific Android game title. The company also notes that up to four-card configurations can be deployed in a single server in conjunction with its Xeon Scalable processors.

Intel's graphics expansion with the Server GPU is further refining the company's "XPU" vision, which refers to its mixed-use architectures of CPUs, GPUs and FPGAs to accelerate a myriad of workloads optimally. Tying these different architectures together is Intel's own oneAPI toolkit, which is a cross-platform programming interface that allows the customer to target which specific architecture will accelerate workloads optimally and most efficiently. And as you might expect, Intel-specific instructions such as AVX-512 and DL Boost are also supported to accelerate machine learning and heavy math workloads in financial and scientific analysis applications. 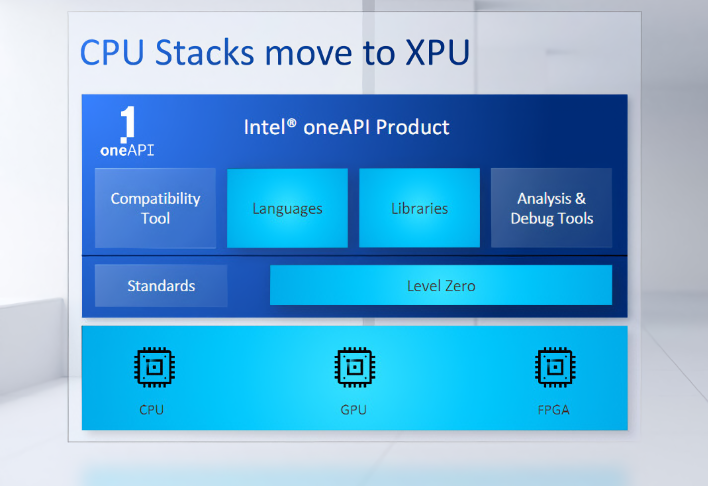 At this time, Intel has lined up some big names to adopt its Server GPU and oneAPI framework including Gamestream and Chinese megacorporation Tencent. “Intel is an important collaborator on our Android Cloud Gaming solution," said Allen Fang, vice general manager of Tencent XianYou Cloud Gaming Platform. "Intel Xeon Scalable processors and Intel Server GPUs offer a high-density, low-latency, low-power, low-TCO solution. We are able to generate over 100 game instances per two-card server for our most popular games, King of Glory and Arena of Valor.”

The H3C XG310 PCIe 3.0 add-in card employing new Intel Server GPU architecture is shipping now to customers, while the “gold” release of its oneAPI toolkit will release in December.