Intel has announced what it says is the world's smallest high-resolution LiDAR depth camera. The device is called the Intel RealSense LiDAR Camera L515, and with it, the company is introducing a new type of solid-state LiDAR tech. The L515 uses LiDAR to scan a full scene allowing it to provide a point cloud with up to 23 million points of accurate depth data per second.

The camera promises consistent high depth accuracy throughout the entire supported range of the camera starting at 25cm and going up to 9 meters. Intel says that the accuracy of the camera is less than 20mm Z error at maximum range. 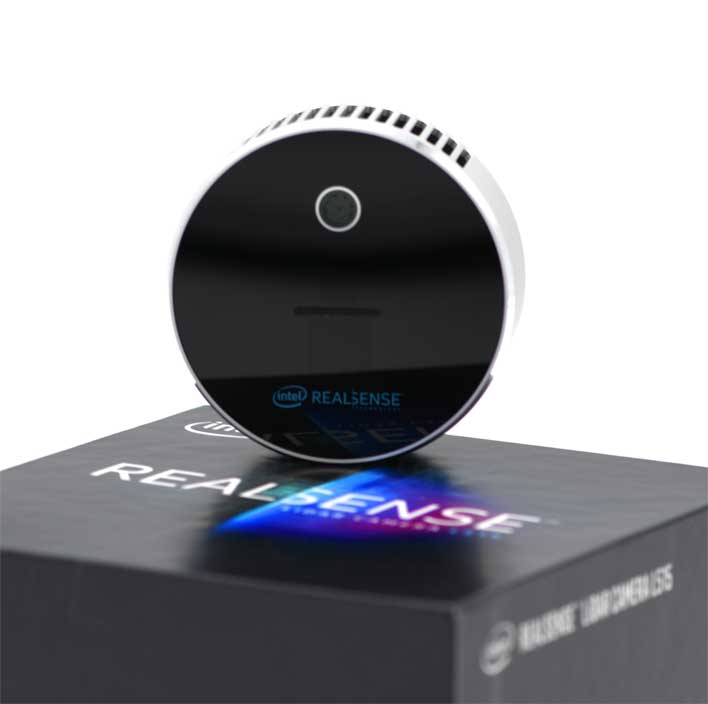 Intel fits L515 with an internal vision processor, motion blur artifact reduction, and short photon to depth latency. Intel says that the device is ideal for capturing rapidly moving objects with minimal motion blur. Motion blur reduction is achieved thanks to an exposure time of less than 100ns, allowing it to be used in real-time applications like gesture recognition and hand tracking. The camera also has 4ms photon to depth latency and support real-time applications like autonomous navigation.

Intel's L515 also features an integrated RGB camera, gyroscope, and accelerometer to round out the capability of the device. The camera is smaller than a tennis ball with a diameter of 61mm and 26mm height. It weighs 3.5 ounces and can be situated on any prototype device or attached to a tablet or phone for use in handheld room scanning or volumetric measurement applications. 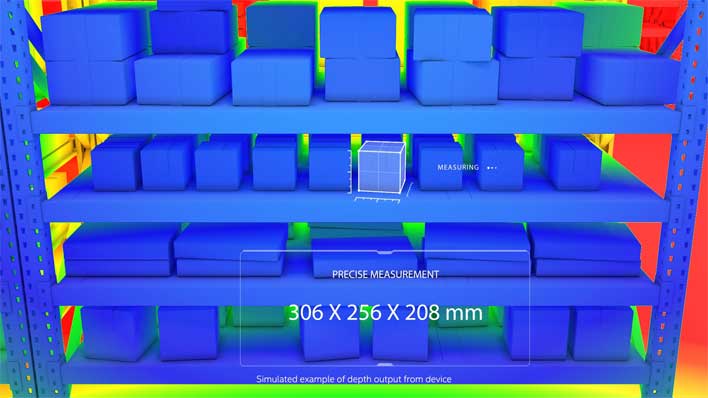