Intel went on a bit of a storage blitz today at its Memory and Storage 2020 event, unveiling a bunch of new generation enterprise and client SSDs that are mostly centered around its advancements in Optane memory. They include several updated storage products that make use of 144-layer NAND flash memory (QLC and TLC).
What you see above is one of two client products, that being Intel's upcoming Optane Memory H20. It pairs 144-layer quad-level cell NAND flash memory in 512GB and 1TB capacities, with 32GB of 3D XPoint memory on the same M.2 module for an added speed boost. This is essentially a shift from churning out standalone Optane memory sticks, in favor of all-in-one (or hybrid) solutions, like this one, and the OEM-only Optane Memory H10 that came before it.
Intel did not go into specifics with regards to performance, and interestingly, this is still a PCIe 3.0 solution. On the desktop, Intel has not yet embraced PCIe 4.0—that will come when Rocket Lake arrives next year. That said, we know this drive is using upgraded Optane memory and next-gen QLC NAND, and has new NAND and Optane controllers on board, all of which should make it a faster solution compared to the H10.
The H20 will arrive in the second half of next year and will require both an Intel 500 series chipset and an 11th Gen Core U-series processors.

Intel's other client product is its SSD 670p. Whereas the Optane Memory H20 is aimed at performance, gaming, and content creation, the SSD 670p is a more mainstream solution for everyday computing, albeit Intel mentions gaming and content creation for this product as well.
It features a next-gen controller and is available in 512GB, 1TB, and 2TB capacities. There's no 3D XPoint memory on this drive, just as there was not with the SSD 660p and SSD 665p that came before this model. Likewise, this is another PCIe 3.0 solution.
One of the key improvements Intel touts is extending the use of dynamic SLC beyond prior generation QLC SSDs. The available cache size varies depending on the capacity used. This could improve burst write performance, but we'll have to wait and see how real-world testing pans out. 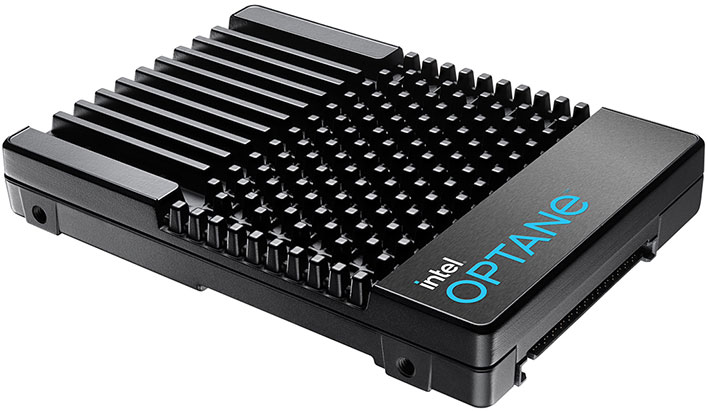 The rest of what Intel has on tap is for the data center, including the SSD P5800X. Sort of the crown jewel of the lineup, Intel is billing this as the world's fastest data center SSD, claiming a sizeable 3X jump in random 4K mixed read and write IOPS, a 3X bump in sequential 4K-128K read and write bandwidth, and 40 percent QoS (based on 4K random reads). And on top of it all, Intel says if offers 67 percent higher endurance.
Unlike the consumer products, this is a PCIe 4.0 model, with the following specs...
Those are impressive figures for sure, and a worthy jump in performance for Intel's second-generation Optane enterprise SSD.
"Intel Optane SSDs alleviate data supply bottlenecks and accelerate applications with fast caching and fast storage to increase scale-per-server and reduce transaction costs for latency-sensitive workloads," Intel explains.
This drive will be offered in capacities from 400GB to 3.2TB. As for endurance, the P5800X pushes it to 100 DWPD, up from 60 DWPD on the previous generation P4800X. 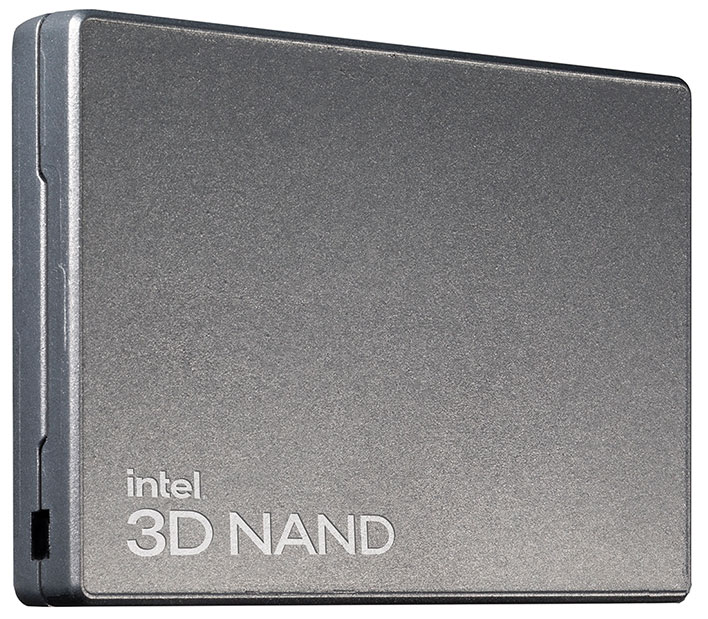 Intel also unveiled the SSD D7-P5510, the world's first-to-market 144-layer TLC NAND drive, and the SSD D5-P5316, a greater density, higher endurance drive built around the first 144-layer QLC NAND. These are both data center products in the U.2 form factor. The P5510 will be available in the fourth quarter of this year in 3.84TB and 7.68TB capacities. Meanwhile, the P5316 will debut in the first half of next year in capacities of up to 30.72TB (and will also be available in the E1.L form factor, meaning Intel can offer a full petabyte in a single rack unit).
"Today is a key moment for our memory and storage journey. With the release of these new Optane products, we continue our innovation, strengthen our memory and storage portfolio, and enable our customers to better navigate the complexity of digital transformation. Optane products and technologies are becoming a mainstream element of business compute. And as a part of Intel, these leadership products are advancing our long-term growth priorities, including AI, 5G networking and the intelligent, autonomous edge," said Alper Ilkbahar, Intel vice president in the Data Platforms Group and general manager of the Intel Optane Group.
Intel's clearly been busy in storage. We don't generally test data center products, but look forward to getting our hands on the client products.