While it might seem a bit outside the norm, Intel is launching its very on laptop. And in a sense, this is a logical extension of the company's existing NUC family of small form-factor desktop PCs. With that, we present Intel's new NUC M15 -- developed under the codename Bishop County -- which will be offered to its channel partners to rebrand as their own laptops.

Intel is aiming the NUC M15 line at the productivity market, which means that the only graphics solution onboard is the integrated Iris Xe GPU found in the Tiger Lake processor. Intel is not offering the more powerful Iris Xe MAX discrete GPU for whitebook OEMs. When it comes to storage, OEMs will have the chance to provide their own SSD solutions for users (just a single M.2 slot is provided despite the large chassis).

The NUC M15 is configured with two USB-A ports along with two USB4/Thunderbolt 4 ports (one of each on either side) along with an HDMI port. When it comes to wireless connectivity, you'll find an Intel Wi-Fi 6 AX201 adapter along with Bluetooth 5.1. 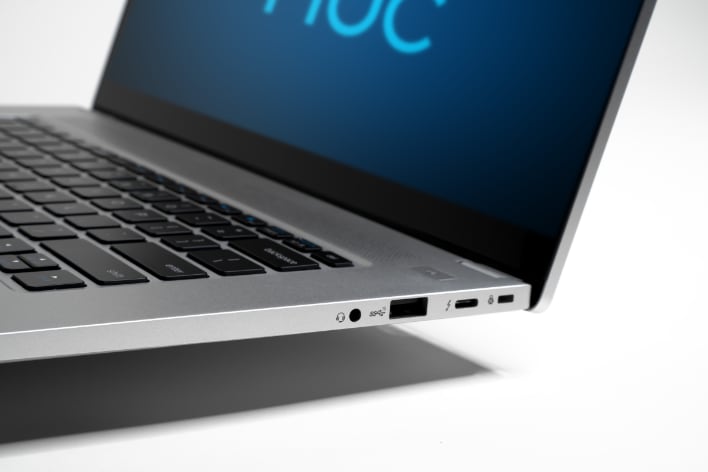 As for its design, the NUC M15 looks rather generic -- as you would expect from a whitebook design -- with an unadorned aluminum chassis, a large glass trackpad, and a full-size backlit keyboard. About the only design flourish is an LED bar directly in front of the trackpad that lights up when you call out Amazon Alexa voice commands. However, OEMs will be free to add their own design touches -- however minimal -- to differentiate their products.

As a whole, the NUC M15 looks like a rather basic laptop design that will be going up against the likes of Dell's XPS and Inspiron families as well as Lenovo's ThinkPad series (among other popular brands). It doesn't really stand out in any particular way, but does at least have direct backing from Intel along with a 2-year warranty. The one thing that it potentially has going for it is that since Intel has done all of the developmental work, the NUC M15 should be offered at a fair discount compared to its big-name rivals when they start hitting the market later this year.