It has been quite the long run at Intel for Gregory Bryant, who is leaving the company at the end of this month after 30 years of service. Bryant joined Intel back in 1992 taking on engineering, operations, and director roles in the company's Information Technology Group. Then in 2017, he became vice president and general manager of Intel's Connected Home and Commercial Client Group.
Bryant has been a mainstay at Intel, and most recently the face of the company's livestream just ahead of the Consumer Electronics Show. He also co-engineered and help deliver numerous consumer and PC platforms, including Intel Evo and vPro.
"I want to thank GB for his outstanding leadership and 30 years of service at Intel, which has seen five consecutive years of business growth and, most recently, the successful launch of the 12th Gen Intel Core family. We wish him all the best in his next endeavor," Intel CEO Pat Gelsinger said in a statement.

It's not yet clear what's next for Bryant. In a press release announcing the leadership change, Intel simly stated he is leaving at the end of January "for a new opportunity." 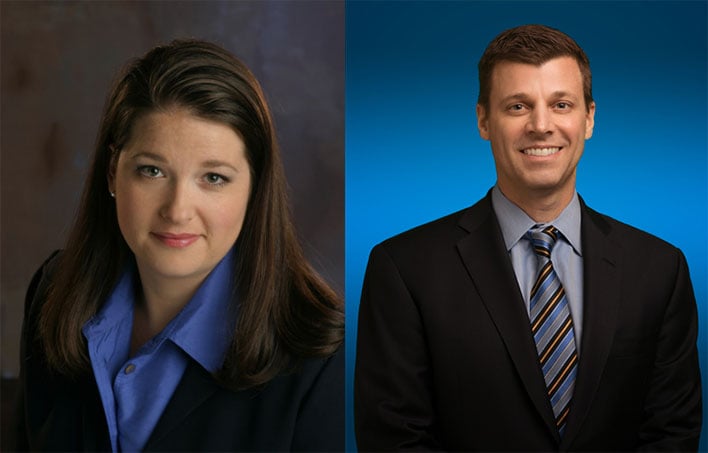 Intel announced that EVP Michelle Johnston Holthaus will lead its Client Computing Group (CCG) following Bryant's departure in a few weeks. Another longtime Intel employee, Holthaus has been with the company for 25 years and has held a variety of management roles since 1996. That includes having led global CCG sales before going on to lead Intel's sales, marketing, and communications teams.
"Michelle’s track record of success driving global sales and revenue for the last five years, combined with her profound understanding of the client computing business and trusted relationships across the entire industry, make her a natural choice to lead our largest business," Gelsinger said. "Michelle is a proven leader who embodies Intel’s values, and I look forward to partnering with her in this new capacity as we drive innovation and unquestioned product leadership across the client business."
The full transition to her new role will be spread out over a few months. It's obviously an important position, with Holthaus being tasked with running every aspect of the client business, from strategy and financial performance to product development for all of Intel's client technologies and platforms. And she assumes the role as Intel gets back on track with Alder Lake and future hybrid architectures.
"We have a tremendous opportunity to build on past successes—and even accelerate our pace as we continue to enable our customers and partners to elevate PC experiences," Holthaus said.
Meanwhile, Intel also appointed David Zinsner as its EVP and CFO starting January 17. He's been serving in the same role at Micron for the past four years, and brings with him two decades of financial and operational experience in semiconductors and manufacturing. He'll report directly to Gelsinger.
"I am excited to join Intel, a company I’ve long admired with a storied history of innovation and technology leadership," said Zinsner. "Intel’s scale, re-invigorated culture and depth of technical talent positions the company to capitalize on the unprecedented demand for semiconductors across the globe. I look forward to working with Pat and the rest of the leadership team to help drive the IDM 2.0 strategy forward and create long-term value for shareholders."
Zinsner replaces outgoing CFO George Davis, who is retiring from Intel in May of this year but will remain in an advisory role until then to help with the transition.
Top Image Source: Adam Bacher for Intel