Ever since BIOS updates became possible, the process required rebooting the PC. Even when motherboard manufacturers moved completely to UEFI, this remained the case. Intel is now changing that, thanks to a new part of the ACPI specification called Platform Firmware Runtime Update and Telemetry (PFRUT). This allows for firmware updates to a PC’s BIOS or UEFI without forcing a reboot. Windows users, though, will be disappointed. The feature is Linux-only, at least for now.


Intel’s been working on PFRUT for some time, previously under the moniker “Seamless Update.” The idea is to reduce downtime, especially for servers that should ideally remain available 100 percent of the time. Servers can undergo BIOS/UEFI updates “on the fly,” keeping critical workloads fully operational the whole time.

The upcoming “pfr_update” driver is set to be introduced in Linux kernel 5.17. Sources say it appears to be designed for system firmware updates in cases of critical bugs or security issues, allowing server administrators to patch their hardware without downtime. 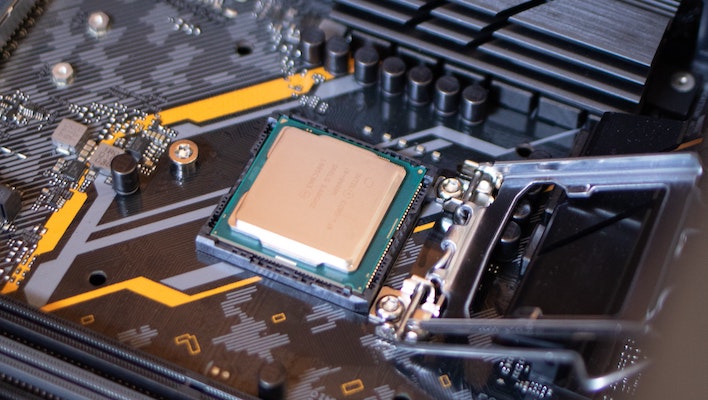 The current BIOS/UEFI update procedure requires the operating system to upload the new firmware to the BIOS. On reboot, the firmware gets handed off to the motherboard to “flash” the BIOS or UEFI. Under the PFRUT driver set, the update is handled entirely by the operating system, without restarting the computer.

Right now, the driver update is in the “linux-next” branch. That means it should be in the next stable kernel cycle, coming sometime in mid-January. Phoronix, which first noticed the new driver set, says it is a “server-exclusive” feature. That means it may or may not be included in consumer Linux distributions. Since it’s an open source project, though, it’s highly possible desktop Linux operating systems could incorporate it, too.

Again, this is a Linux-only capability, but that doesn’t mean it always will be. PFRUT is a feature included in the ACPI power management specification, so it could arrive on Windows and other desktop PCs in the future.