This is shaping up to be a potentially big year for gaming on Linux. The first shipments of Valve's Steam Deck handheld with Proton in tow will go out later this month, and then later this year Intel will debut its first Arc Alchemist graphics cards, which could land with polished Resizable BAR support on Linux. So suggests a set of recent patch notes.
Resizable BAR (Bar Address Register) is essentially a PCI Express technology that can improve gaming performance in some situations. It allows the CPU and system to tap into a graphics card's full memory frame buffer over the PCIe bus, rather than capping it in 256MB chunks.
The technology sort of sat dormant for several years until AMD introduced its Radeon RX 6000 series with Smart Access Memory (SAM) support. However, AMD's implementation only works its own CPUs. NVIDIA followed suit with a platform agnostic implementation on its GeForce RTX 30 series graphics cards, by way of a BIOS update. 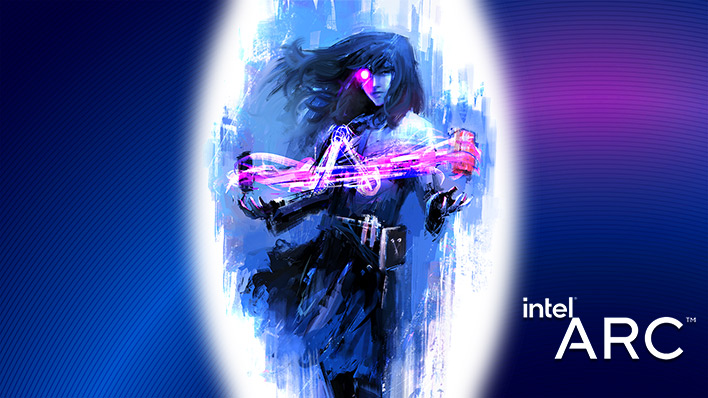 As it applies to Intel's Arc GPUs in Linux, the folks at Phoronix spotted an interesting nugget in the patch notes for the most recent kernel patches.
"Starting from DG2 we will have resizable BAR support for device local-memory, but in some cases the final BAR size might still be smaller than the total local-memory size. In such cases only part of local-memory will be CPU accessible, while the remainder is only accessible via the GPU. This series adds the basic enablers needed to ensure that the entire local-memory range is usable," the patch notes explain.
The site says support actually exists already within the LInux kernel and Mesa drivers, but the code is in need of optimizing. That's where these latest patches come into play, as well as future development. They're being tested and could arrive in earnest as soon as the Linux v5.13 kernel update.
What this means is that faster gaming on Linux could be just a toggle away when running an Intel Arc Alchemist graphics card. It depends on the game, though. For example, when NVIDIA announced the feature back in March of last year, it listed just 17 supported titles. That's not a lot, though it includes some big names, like Battlefield V, Death Stranding, Gears 5, Hitman 3, and Red Dead Redemption 2, to name a few.