Records are meant to be broken and ASUS is all too happy to play its part with its ROG Maximus Z790 Apex motherboard for Intel's Raptor Lake CPUs. The latest record-setting achievement set on the ROG Maximus Z790 Apex is an 8.8GHz clock speed, obtained from Intel's flagship Core i9-13900K processor—the highest-ever for a desktop CPU.
Intel also earns itself bragging rights for the record overclock, as the previous high mark stood for eight long years. During that span, AMD's FX-8370 processor released in 2014 held the top CPU frequency spot on HWBOT at 8,722.78MHz, achieved by The Stilt. That's more than double the chip's 4GHz base and 4.3GHz boost clocks.
Raptor Lake is proving fierce, however, with ElmorLabs pushing the Core i9-13900K all the way to 8.812.85MHz. That only beats the long-standing CPU frequency record by a hair, but is enough to dethrone AMD's chip and snatch the clock speed crown. 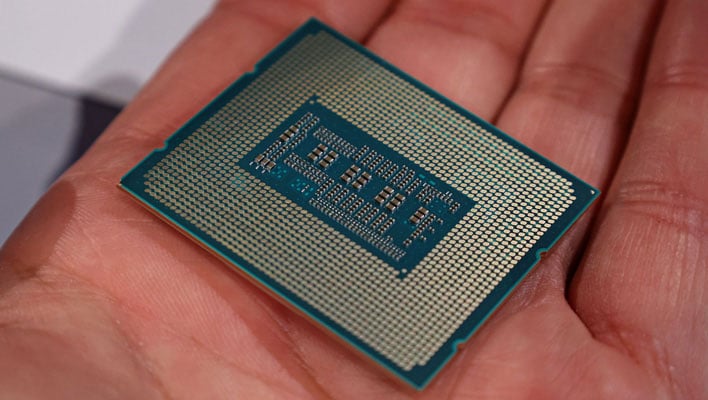 It's not quite a doubling of the stock Turbo clock this time around, at least on the performant cores. The Core i9-13900K is an 8-core/32-thread processor with 8 P-cores capable of hitting 5.8GHz out of the gate. Meanwhile, the 16 E-cores can ramp to 4.3GHz (max Turbo) at stock settings.
What's also impressive here is that the record frequency was obtained on the same day Intel's Raptor Lake CPUs released to market. Of course, professional overclockers have had these chips in hand for a bit more time, but breaking an 8-year-old record on the day of release is notable. It also suggests we could see a 9GHz overclock and beyond before all is said and done, perhaps using one of the upcoming stock 6GHz bins.
Naturally, this required exotic cooling—liquid nitrogen (LN2). That's obviously not feasible for anything beyond chasing records, so nobody should expect to crank out an 8.8GHz overclock on their Raptor Lake CPU using air or even traditional liquid cooling. But that's how the game is played. 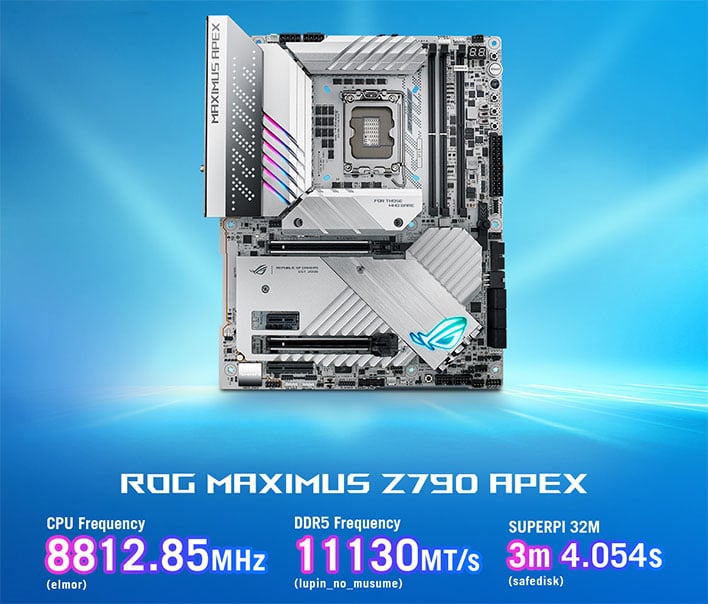 As for ASUS, it can add this record to the growing pile. The same motherboard that was used to facilitate an 8.8GHz clock speed was also used to achieve a slew of other records, such as the fastest DDR5 frequency (11,130 MT/s), the best SuperPi 32M (3m 4.054s) and 1M (3.831s) times, and many more as ASUS notes on Twitter.