Intel's Core i9-10900K is a beastly processor that flexes 10 physical CPU cores and 20 threads clocked at 3.7GHz to 5.3GHz, along with 20MB of Smart Cache, all wrapped in a package with a 125W TDP. Our review of the Core i9-10900K covered usage temps and overclocking performance when paired with an ASUS Maximus XII Hero WiFi motherboard and Corsair H80i v2 all-in-one liquid cooler. That's not exactly a pedestrian setup. Nevertheless, there is always a push in the enthusiast community to take things further, and one way to do that is by delidding.
Delidding is the process of ripping off the integrated heatspreader (IHS), which is the large hunk of metal that sets on top of the CPU. It's there to both offer protection and, as the name applies, to spread heat over a larger area to be transferred to a cooler, be it an air cooler, all-in-one liquid cooler, or a custom liquid cooler (those being the main options).

Removing the IHS is not for the faint of heart, or wallet. That said, professional overclocker Der8auer routinely does this sort of thing, and even designs custom tools to make the process easier and about as safe as it can be (though still not safe overall).
Wasting no time with Intel's Comet Lake-S series, Der8auer decided to delid the flagship Core i9-10900K to see what affect it would have on temps, as well as what the size difference is, compared to previous generation processors. Have a watch...

The height and weight are not identical from one generation to the next, which can this process even trickier than it already is (coolers are not designed to be used on CPUs with the IHS removed). Here's how things break down...
Once the IHS was removed, Der8auer applied a coat of liquid metal, then slapped it back into the motherboard re-ran some tests and took some measurements. 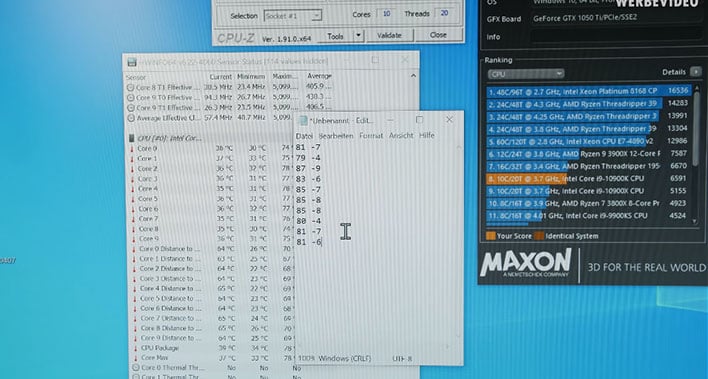