Back in early April, Intel unveiled its new Blockscale ASIC, which promised strong performance for proof-of-work consensus networks. Its move into blockchain is a relatively recent endeavor for Intel, but is perfectly in character for a company with a long history of entering new markets. As regular readers are no doubt aware, Intel is getting into the discrete GPU business because it is a potentially massive market opportunity, blockchain represents a similar opportunity with vast potential. Although crypto has crumbled as of late, and the timing may not be ideal, Intel’s Raja Koduri just tweeted that the Intel AXG Custom Compute team's Blockscale ASIC has begun shipping. 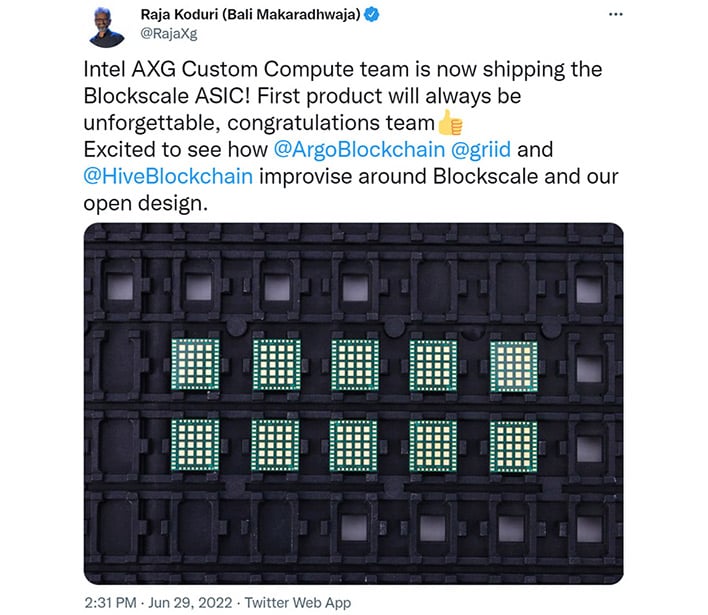 While the move into mining ASIC territory is a new one, Intel has invested decades of research and development into related technologies, including cryptography, hashing techniques, and ultra-low power circuits. Intel plans to make quick inroads into the mining ASIC space by offering a powerful, yet efficient solution.

The Intel Blockscale ASIC is a dedicated Secure Hash Algorithm-256 (SHA-256) processor that is capable of up to a 580 GH/s hash rate at up to 26 J/TH power efficiency. It features support for up to 256 integrated circuits per chain, and features both on-chip temperature and voltage sensing. Intel claims this chip will offer over approximately 1,000x better performance per watt than mainstream GPUs for SHA-256 based mining. 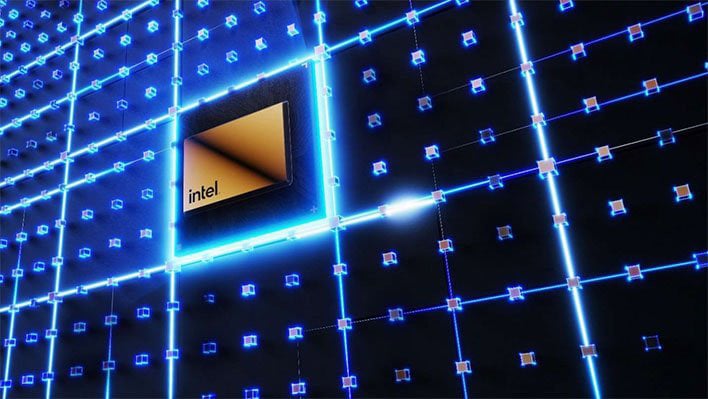 Intel has also said it can supply its new Blockscale ASICs in volume without affecting the supply of new CPUs or GPUs. That remains to be seen, but considering Intel’s recent focus on advancing its manufacturing processes as part of its IDM 2.0 strategy, and that it has partnered with TSMC for its upcoming Arc Alchemist GPUs, we suspect Intel and its foundry partners have the capacity to deliver on this promise.

In the initial accouchement, Intel said its Blockscale ASIC would ship to customers in the third quarter of 2022. It looks like the company was somewhat conservative with that initial and shipped the first processors just as Q2 is closing out.