Intel's journey into modern discrete GPU territory with its Arc graphics effort has been interesting, to say the least. It's also been a bit more staggered than most people hoped. Though to be fair, it's not easy designing a brand-new architecture from the ground up and then optimizing it for public consumption. Still, question marks remain over various details, some of which Intel has decided to shed light on in another appearance by Ryan Shrout and Tom "Tap" Petersen. Namely, the duo offered up clarity on its upcoming Arc Alchemist graphics cards, including Intel's own Limited Edition (LE) plans.
As Intel puts it, the company has been "dropping breadcrumbs on the upcoming desktop graphics cards," but is now ready for a more extensive specs reveal. It starts with a refresher course on the Arc A-series branding, as explained in the following 6-minute video...

At a high level we're looking at three tiers. They consist of the entry-level Arc 3 series ("Enhanced Gaming"), the mid-range Arc 5 series ("Advanced Gaming"), and the top-tier Arc 7 series ("High Performance Gaming"). This is similar to how Intel separates its CPU models into Core i3, i5, i7, and i9 designations, save for the lack of an Arc 9 series.
Actual model names for the initial launch include the Arc A380, A580, A750, and A770. The "A" in the model names denote that these are Alchemist parts, which is the first GPU architecture introduced with Arc. The digit that follows (3, 5, or 7) designates the tier that each part falls into as explained above, then there is a two-digit part number. Generally speaking, the higher the model number, the better the performance within a generation.

If you need a refresher course on the makeup of Intel's Arc architecture, we took a deep dive in our Arc Alchemist mobile GPU coverage earlier this year. The extremely truncated version is, as Tom describes in the video above, the Xe core is the "basic computation engine, so more Xe cores means more graphics performance and bigger dies." 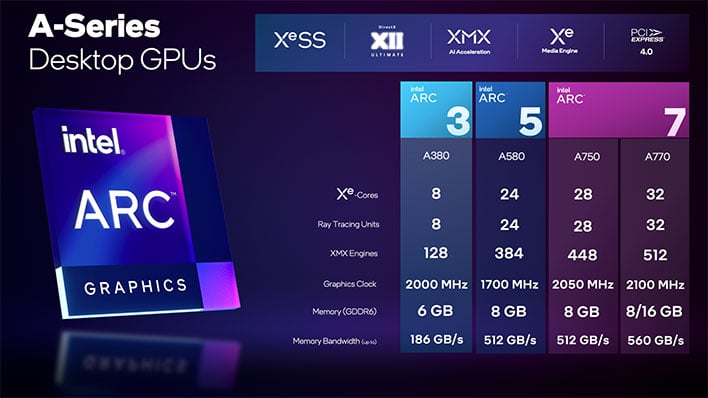 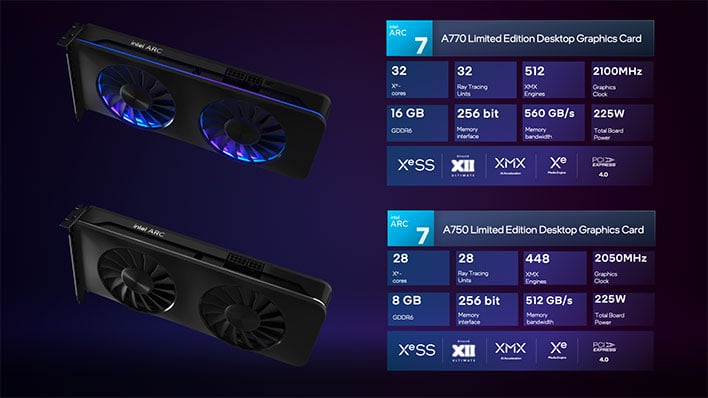 "What’s up with the two numbers shown there? When our add-in card (AIC) partners build their own versions of Arc A770 cards, most will come with 8 GB of GDDR6 memory. The Intel-branded card (IBC)—our special A770 Limited Edition GPU—features double that," Intel states in a blog post. 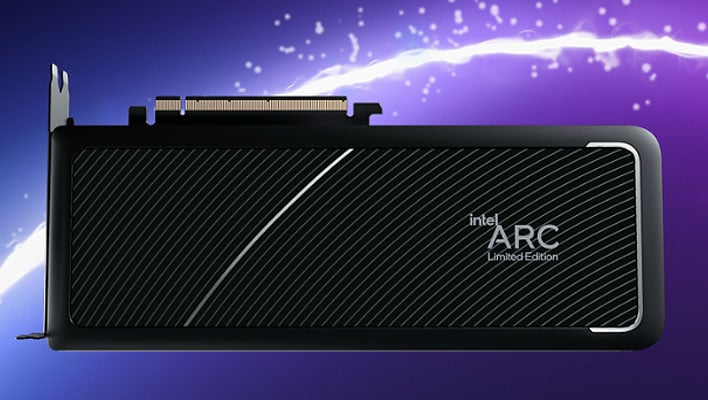 According to Tom, the Arc A770 is "mostly an 8GB SKU," though Intel's board partners have the option of doubling up to 16GB on their custom models. Additionally, Intel will only offer 16GB on its Arc A770 Limited Edition model, and to further differentiate its own SKU, it will "do more crazy things like add RGB."
An abbreviation you might see going forward related to the Limited Edition SKUs is IBC, which stands for Intel Branded Card.
"With an IBC what we're talking about is Intel, since we're new to this market, we want to make sure we're putting our best foot forward," Tom explains. "Effectively we have partnered with some companies, we're building these cards in Malaysia directly. Intel is buying the components, we're building the board, we designed the board, we're building the cooler. All of it is coming together as if we were building this card ourselves, which is what we're doing."
There's still no word on when exactly Intel will launch its A580, A750, and A770 cards, though the company recently said it will be happening "very soon." Tom also says that Intel's Limited Edition cards will be available in e-tail and retail on launch day.