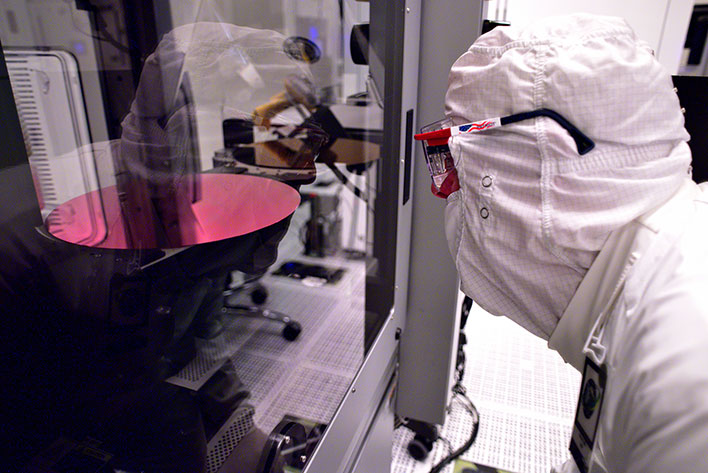 Are you getting tired of all the Comet Lake-S leaks and rumors? An official launch is presumably coming soon, and will put those to rest. For now, however, let's go ahead and switch things up by looking past Comet Lake-S. As in, way past it. A fresh leak points to Intel's eventual Alder Lake launch with some interesting details.
Alder Lake is a few generations out. Intel is currently cranking out 10th generation Ice Lake and Comet Lake processors on mobile, and soon will launch 10th generation Comet Lake parts on the desktop. Then if past leaks pan out, we will have Tiger Lake and Rocket Lake, both likely to be labeled as 11th gen, and then finally Alder Lake, which we can assume (for now) will be 12th gen.
It's hard to predict things that far out, especially since plans change (remember when Cannon Lake was going to shake things up?). Nevertheless, Twitter user @momomo_us highlighted a supposedly leaked slide claiming Alder Lake will arrive with up to 16 cores arranged in a big-slash-little format that is reminiscent of ARM's big.LITTLE approach that pairs higher powered cores with power efficient cores.
The idea is to tap the more powerful cores for workloads that require heavy lifting, and lean on the power efficient cores for less demanding tasks. In the mobile world, this approach can lead to better battery life for smartphones and tablets.
Alder Lake is presumed to be a future run on Intel's 10-nanometer node. According to the leak, at least one of the processors will feature 8 big cores and 8 small cores. Here's a look... 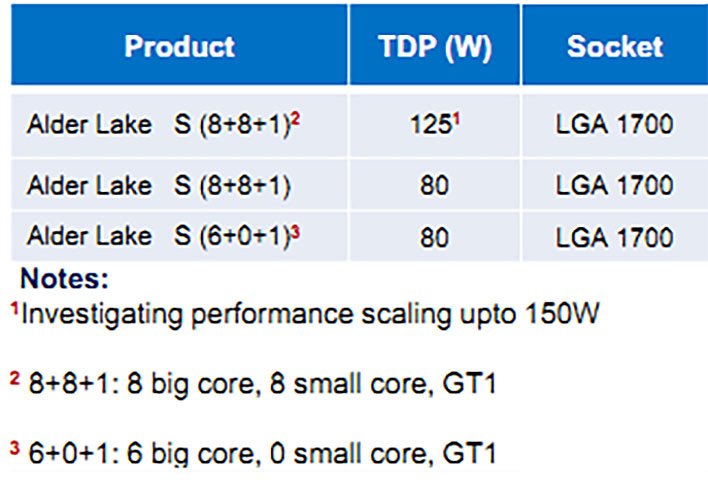 The supposed slide outlines three Alder Lake-S parts for the desktop. It's not clear why this big/small approach would be taken on desktop parts, except as a way to offer more cores without going nuts on the TDP front. As it stands, the top-end part is rated at 125W TDP, with Intel said to be investigating performance scaling up to 150W. Still, this kind of core arrangement seems like it would be more beneficial in laptops rather than desktops.

In any event, color us skeptical. This does not look like an official slide, in part because of the "upto" typo. But is any of this based on actual official information from within Intel? Maybe, maybe not. Going to an LGA 1700 socket does not seem all that wild, at least.

While not mentioned, it's expected that Alder Lake will finally bring support for PCI Express 4.0 into the Intel fold. AMD has already embraced PCIe. 4.0 with this third-generation Ryzen processor and X570 chipset, and we have seen a spattering of PCIe 4.0 solid state drives boasting speeds of 5,000MB/s and higher emerge.
It's going to be a bit before Alder Lake emerges, and it will be interesting to see how future leaks and rumors align with the info above.