The higher TDP allows Intel to finagle 8-cores and 16 threads into the Tiger Lake-H45 processors. The increased core/thread count makes the processors proper successors to the Comet Lake-H family launched with laptops in early 2020. Intel previously confirmed that these processors would with turbo frequencies of up to 5GHz and this high watermark applies to the flagship of the Tiger Lake-H45 family: the Core i9-11900HK. 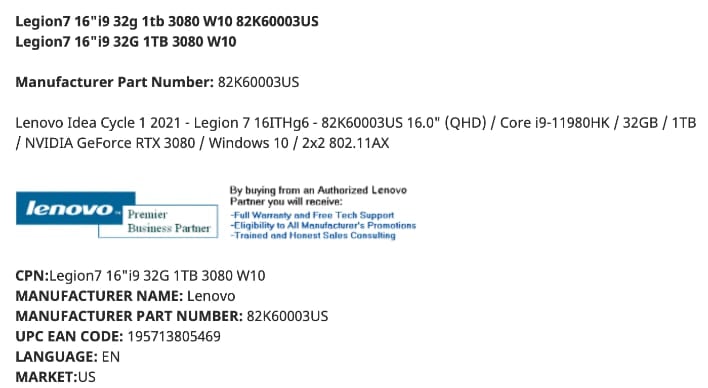 The Core i9-11900HK was discovered in a CompSource product listing for an unannounced Lenovo laptop. In this case, it's the Legion 7 gaming laptop with a 16-inch QHD display. The high-end specs don't stop there, however, as you'll also find 32GB of RAM, a 1TB SSD, and an NVIDIA GeForce RTX 3080 GPU. The CompSource product page lists a price of $950.20 for the laptop, which is woefully inaccurate and is likely a placeholder value. The laptop's price is probably closer to twice that price (or higher). 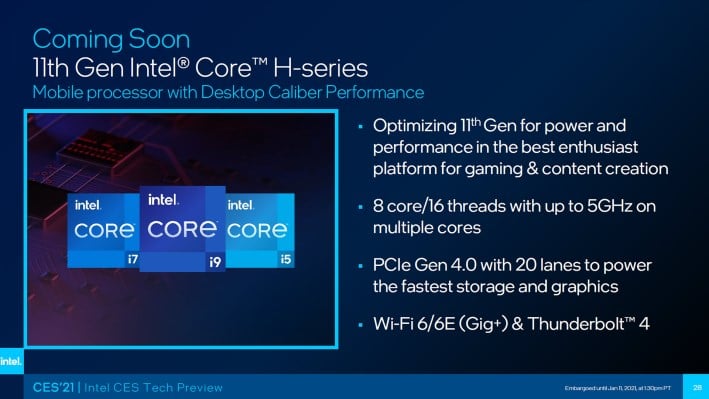 Tiger Lake-H45 so far is shaping up to be an impressive processor family for laptops, and we're eager to see how they will fare against AMD's Zen 3-based Ryzen 5000 family of mobile processors. AMD got the upper-hand against Intel by implementing PCIe 4.0 on its Zen 2 desktop processors back in 2019. But the company failed to bring the high-speed interface to its Zen 2-based Ryzen 4000 mobile processors or even its Ryzen 5000 successors (potentially for power consumption reasons). And AMD has not even introduced native Thunderbolt 3 support for laptops, while Intel has moved onto Thunderbolt 4. However, neither of these omissions have dulled the appeal of the Ryzen 4000/5000 families with potential laptop buyers.