If you are looking to get a solid gaming PC at a great price from Alienware, act fast, as a limited number of the Alienware Aurora Ryzen Edition R10 Gaming Desktops are left at $1,150 off MSRP. Between the machines' Ryzen 9 5900 CPU and its NVIDIA GeForce RTX 3090, you would certainly be setup for tons of gaming firepower, now at just $2699.99 (regularly $3849.99).

When Dell's Alienware gaming division put this PC up for grabs at such a low price, we were pleasantly surprised, as we had looked at this bad boy for review last year. However, our review unit was a little less beefy than what we see here today, sporting a Ryzen 7 5800X, AMD Radeon RX 6800XT, 32GB of 3200Mhz DDR4, and a 1TB M.2 NVMe SSD. For reference, the on-sale R10 Gaming Desktop packs an AMD Ryzen 9 5900, NVIDIA GeForce RTX 3090, 32GB of 3200Mhz DDR4, and a 1TB M.2 PCIe NVMe SSD. Despite this difference in spec, we were still quite happy with the results pulled from our testing and the overall quality of the R10, which should still apply to this current-gen beast that's up for sale now. 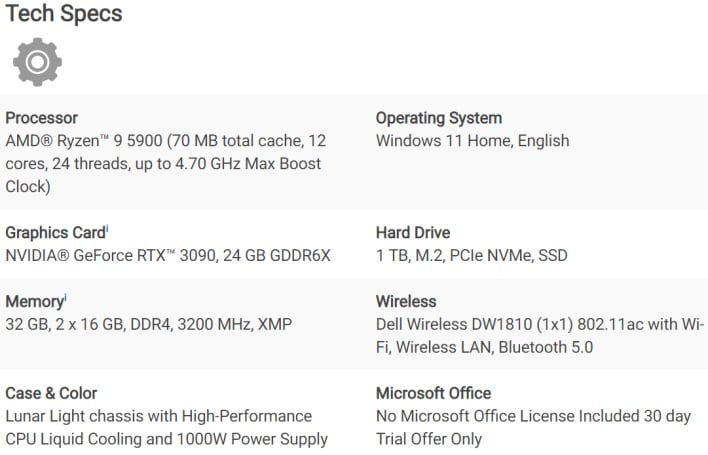 Of course, there were some caveats to this, including some concerns with the thermal solution of the build back then. More specifically, we noted in our review that in the R10 chassis, “some higher-end processors cannot be adequately cooled during long, sustained multi-threaded workloads, by a single 120mm radiator, or at least not with the airflow their smaller fans provide.” However, this was the only major concern we had by and large and Alienware has likely refined things a bit more since then as well. 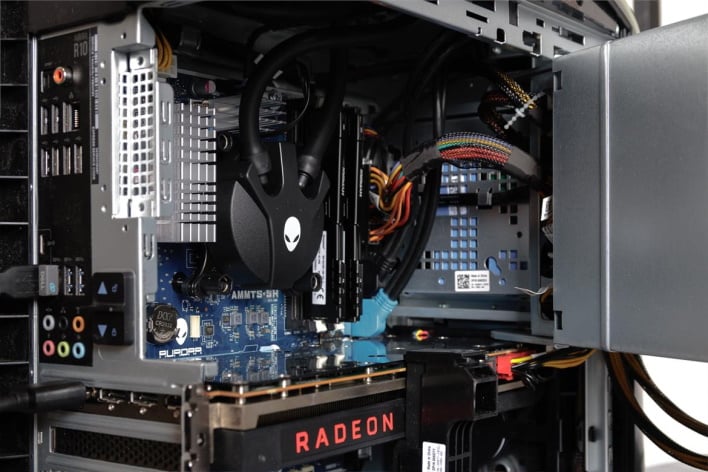 The other major benefit of this prebuilt is that, even though component shortages and squeezes are starting to ease up, is that it will allow you to get a good set of high-end PC components without worrying about something not making the jump in overseas shipping. It also should be considered that an NVIDIA GeForce RTX 3090 Founders Edition Graphics Card is a whopping $2,224 on Amazon right now, which represents 82% of Dell’s total asking price, though obviously that's an inflated price for an RTX 3090.

Whether or not you are a fan of Alienware, you cannot deny that this is a pretty impressive deal. Thus, if you want to get the Alienware Aurora Ryzen Edition R10 Gaming Desktop at $2,699.99 for a limited time, you can do so here. Furthermore, if you do happen to grab one of these beasts, let us know what you think of it in the comments below.