HPE Warns Of New Firmware Flaw That Bricks SSDs After 40,000 Hours Of Use

Hewlett Packard Enterprise (HPE) is warning its customers via a security advisory that there is a bug in the firmware of some of its SAS SSDs. The firmware bug will see the drive fail after reaching 40,000 hours of operation. That many hours of operation equates to four years, 206 days, and 16 hours after the storage device was put into operation.

Based on when HPE manufactured and sold the storage devices, the earliest failures are expected to occur in October 2020. HPE has issued a new firmware to address the issue. It is warning any company using the device as a standalone drive or integrated into another HPE product that failure to update the firmware risks losing data on the drive and the SSD itself. 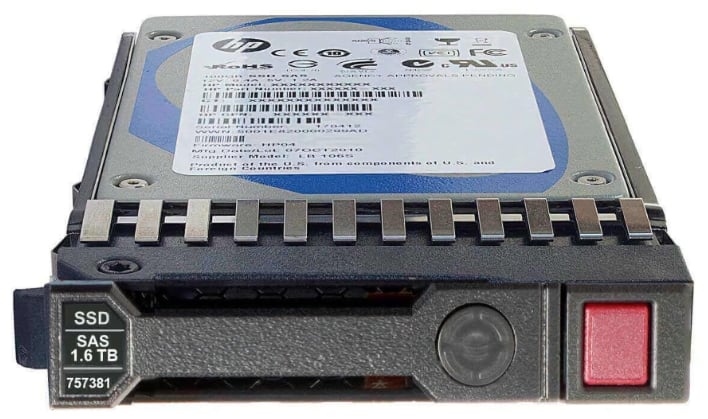 HPE says that after SSD failure occurs, the drive and the data are unrecoverable. Interestingly, this firmware issue is nearly identical to a bug that HPE reported in November 2019. In that instance, a firmware issue would cause a permanent crash of HPE SAS SSDs that were impacted after 32,768 hours of operation. One main upside to the most recent firmware issue is that this bug will impact fewer SSD models.

Another similarity between the new firmware issue and the one last November is that HPE didn't discover the bug, and was instead brought to its attention by another SSD manufacturer using its products. Impacted SSDs include HPE model numbers:

Those SSDs were also integrated into HPE products including the HPE ProLiant, Synergy, Apollo 4200, Synergy Storage Modules, D3000 Storage Enclosure, StoreEasy 1000 Storage. The firmware to patch the issue is available now and can be accessed via the HPE customer bulletin.